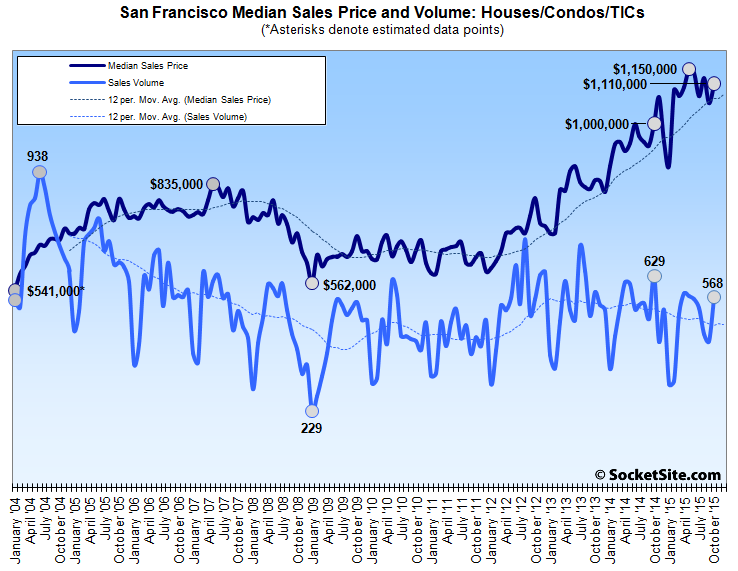 The number of single-family homes and condos that traded hands in San Francisco jumped 30 percent from September to October, roughly a quarter of which could be ascribed to typical seasonality. But total sales were also 10 percent lower versus the same time last year while listed inventory levels in the city were running an average of 13 percent higher.

For the San Francisco properties that changed hands in October, the median sale price was $1.11 million, up 5 percent from a revised $1.06 million in September but 3 percent below the record $1.15 million mark set in May. The median sale price was 11 percent higher versus the same time last year, according to data from CoreLogic.

Home sales in Alameda County, which includes Oakland, dropped 5 percent from September to October and were down 8 percent versus the same time last year with a median price of $633,000, up 14 percent year-over-year.

And home sales across the entire Bay Area slipped 2.4 percent from September to October and were down 2.5 percent versus the same time last year, with a median sale price of $635,000, up 4 percent versus October 2014.

Pace of U.S. New Home Sales Jumps, but Not in the West