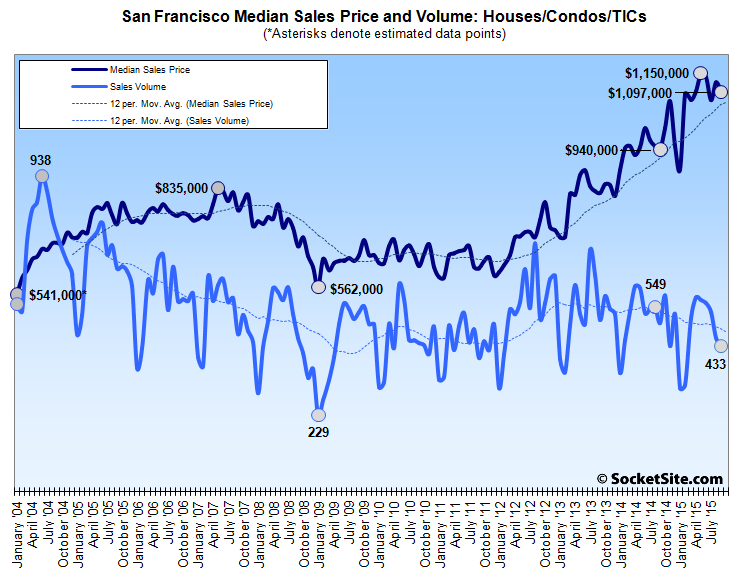 The median sale price of the San Francisco homes that sold in September dropped to $1.097 million, down 2.5 percent from $1.125 million in August and 4.6 percent below the record $1.15 million mark set in May.  That being said, the median sale price remains 16.7 percent higher versus the same time last year.

And while home sales in Alameda County, which includes Oakland, slipped 2.0 percent from August to September, they are running 4.3 percent higher versus the same time last year with a median price of $635,000, up 14.0 percent on a year-over-year basis.

Home sales across the entire Bay Area slipped 3.4 percent from August to September but were 6.9 percent higher versus the same time last year, with a median sale price of $650,000, up 8.3 percent year-over-year.

Greatest YOY Increase In San Francisco Homes For Sale Since 2011

Comments, Responses And Key Vote For The Warriors Arena