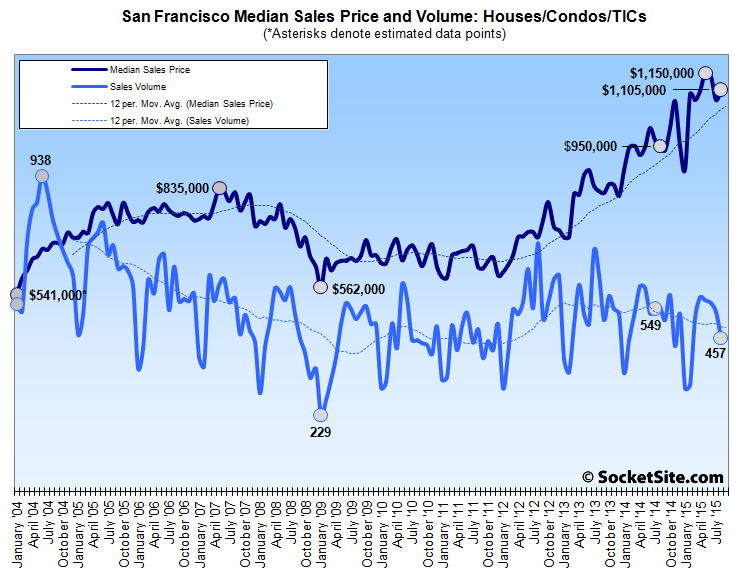 While home sales activity in San Francisco typically ticks up in August, recorded sales for single-family homes and condos in the city dropped 14.4 percent last month and is running 16.8 percent lower on a year-over-year basis, according to data collected by CoreLogic.  At the same time, the inventory of homes for sale is climbing.

The median sale price of the homes that sold in San Francisco did increase to $1.125 million in August, up 4.7 percent from $1.075 million in July and 18.4 percent higher year-over-year, but remains 3.9 percent below the $1.15 million mark set in May.

Home sales across the Bay Area dropped 11.7 percent from July to August but were 4.5 percent higher versus the same time last year with a median sale price of $650,000, up 6.2 percent year-over-year.

Home sales in Alameda County were 1.1 percent lower in August versus the same time last year, with a median price of $649,000, up 6.6 percent year-over-year.

Unable To Solve Homeless Problem, City Will Erect A Fence