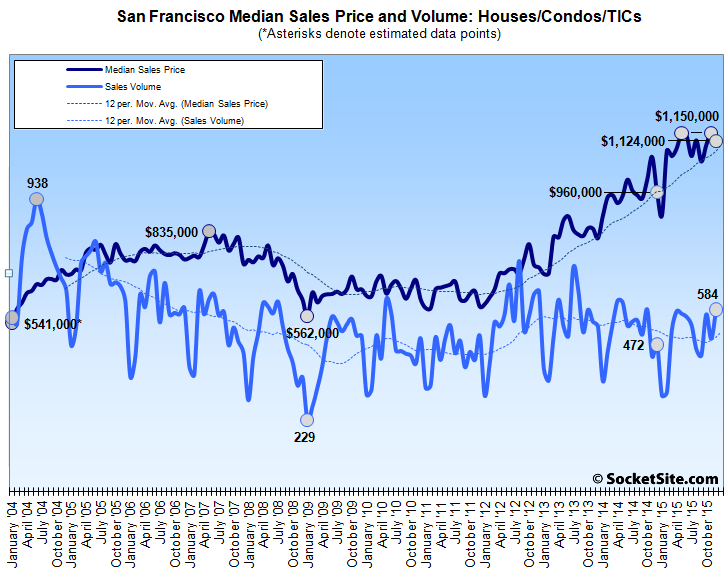 Buoyed by closings delayed from the month before as lenders adjusted to new mortgage disclosure rules, the recorded sales volume of single-family homes and condos in San Francisco jumped 19.2 percent from 490 in November to 584 in December, up 23.7 percent versus the same time last year. Sales in San Francisco typically tick up around 3 percent from November to December based on normal seasonality.

At the same time, the median sale price for the San Francisco homes that changed hands in December was $1.124 million, down 2.3 percent from an all-time high of $1.15 million in November but 17.1 percent higher versus December 2014, according to data compiled by Corelogic.