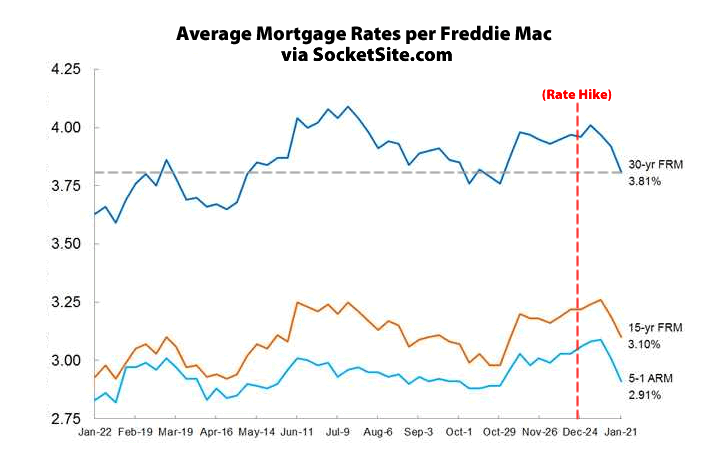 Having slipped below 4 percent two weeks ago, the average rate for the benchmark 30-year mortgage dropped to 3.81 percent over the past week “as concern about a global slowdown grows and the resultant flight-to-quality continues to drive the 10-year Treasury yield down,” as we wrote a week ago as well.

And having dropped from 56 percent at the end of 2015 to 40 percent last week, the probability of a second rate hike by The Fed in March has dropped below 30 percent.