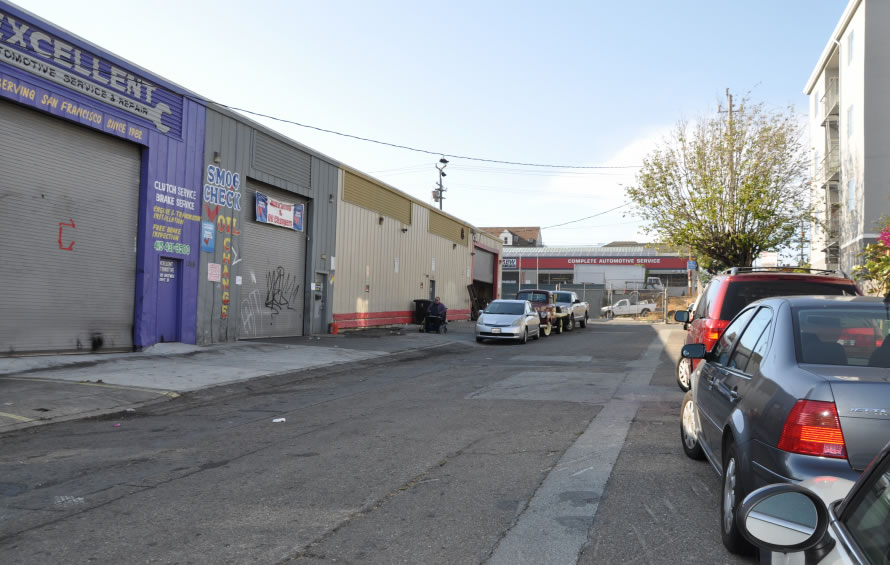 Rather than include any affordable housing onsite, the development team behind “Vida” at 2558 Mission Street deeded the industrial building at 1296 Shotwell Street to the City in 2012.

And while Vida opened in late 2014, the plans for 1296 Shotwell remain on the boards.

As proposed, the one-story building will be razed and a 9-story development with 96 below market rate units for seniors, including 20 units for the formerly homeless, will rise up to 85-feet in height upon the Shotwell Street site. 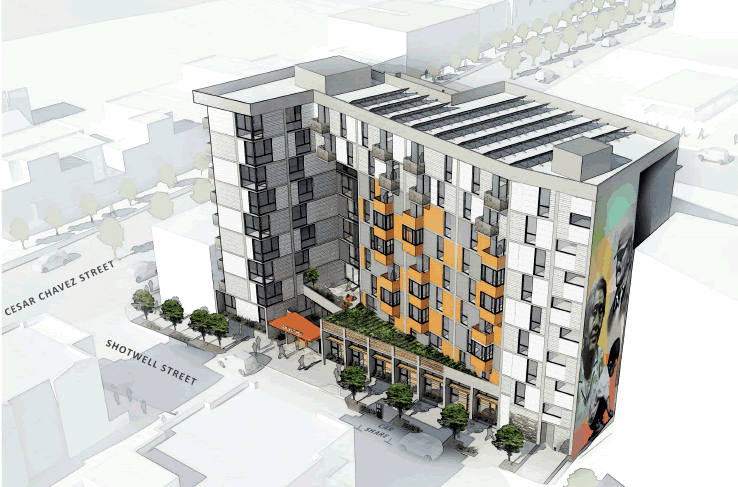 In addition to the 96 units of affordable housing, the proposed development includes a little over 5,000 square feet of community and office space and 5,500 square feet of outdoor space across the ground floor, second floor and roof terrace. 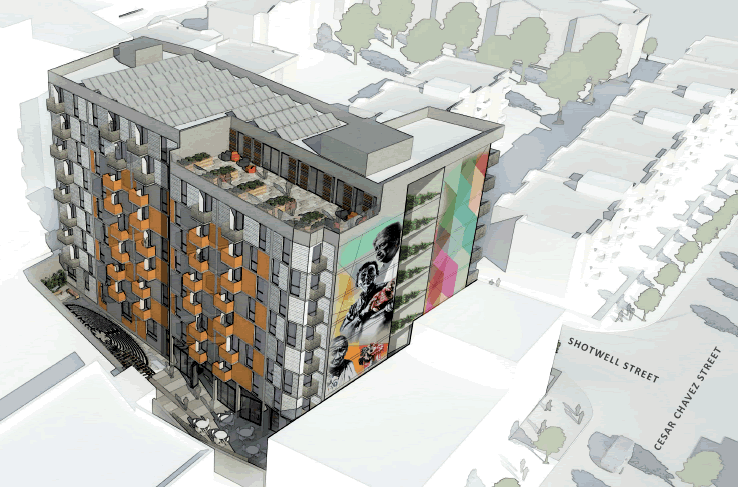 And in lieu of a garage, a dedicated vanpool drop off is proposed in front of the building’s lobby, along with bike racks and seating. 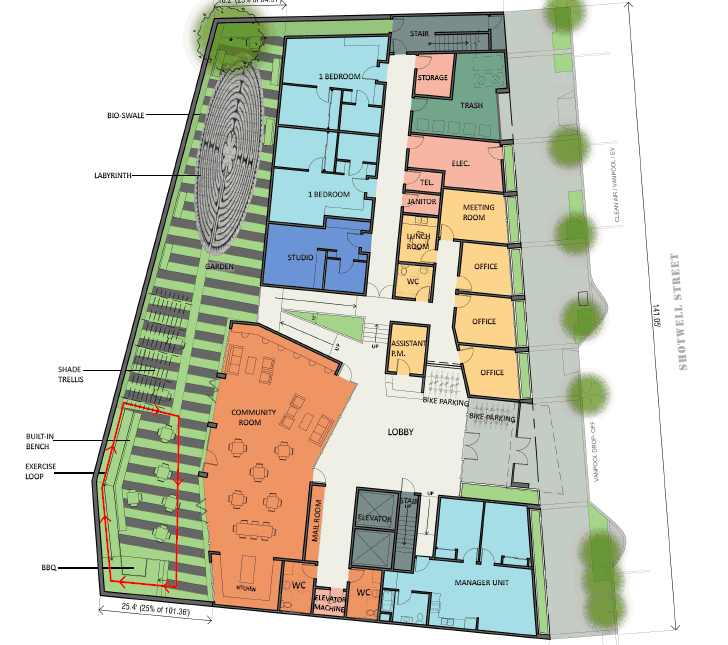 But as noted in the City’s preliminary review of the project plans, which were drafted by Herman Coliver Locus Architecture, the site is currently only zoned for development up to 65 feet in height.

As such, the 1296 Shotwell Street parcel will either have to be legislatively upzoned or the City’s proposed Affordable Housing Bonus Program (AHBP) will need to be passed in order for the development to proceed. Once approved and permitted, it will take another two years to build. And at best, we’re looking at 2018 to 2019 before the units are ready for occupancy.