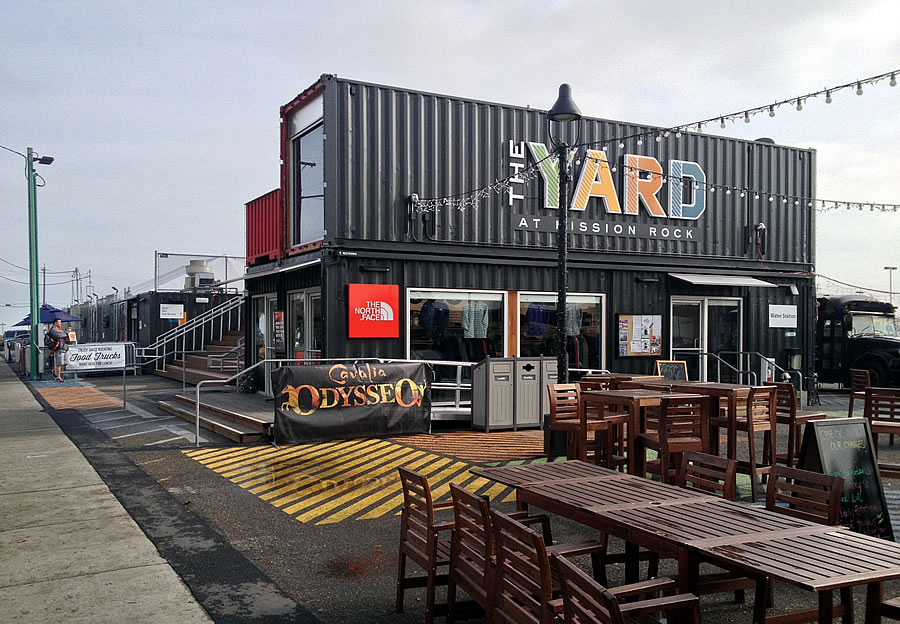 Plans to add a soccer pitch to The Yard, the “pop-up” beer garden, barbeque joint and retail area on the northern edge of the Giants’ Parking Lot A, could be approved by San Francisco’s Port Commission (which oversees the Port-owned parcel) tomorrow afternoon.

The proposed pitch would be installed to the east of the existing Yard along Terry A Francois Boulevard and managed by Urban Soccer, with 5-on-5 adult and 7-on-7 youth leagues, tournaments and pick-up soccer games envisioned to commence in early 2016 and run year round.

The new field would displace 53 existing Parking Lot A spaces but is designed to allow up to 27 vehicles to park on a portion of the field on Giants game days, with temporary boards covering the…artificial turf.

From the pitch for the pitch:

“The net loss of 26 parking spaces on Giants game days equates to about $26,000 in decreased annual Port parking revenue. More than offsetting this impact however is an estimated $56,000 increase in annual Port parking revenue generated from Urban Soccer players who drive their personal vehicles to the field. These same players are anticipated to patronize The Yard during their visits, contributing approximately $135,000 in new annual gross revenues to sustain the existing retailers and attract new businesses.”

The Yard is intended to stay in place until the Giants secure all necessary approvals and break ground for the massive Mission Rock development.

As a related aside, while the operators of The Yard were projecting a net operating income of $650,000 per year, and the Port was to receive a portion of revenue once all costs were covered, The Yard produced a $270,000 net loss in its first six months of operation (May to September of this year).