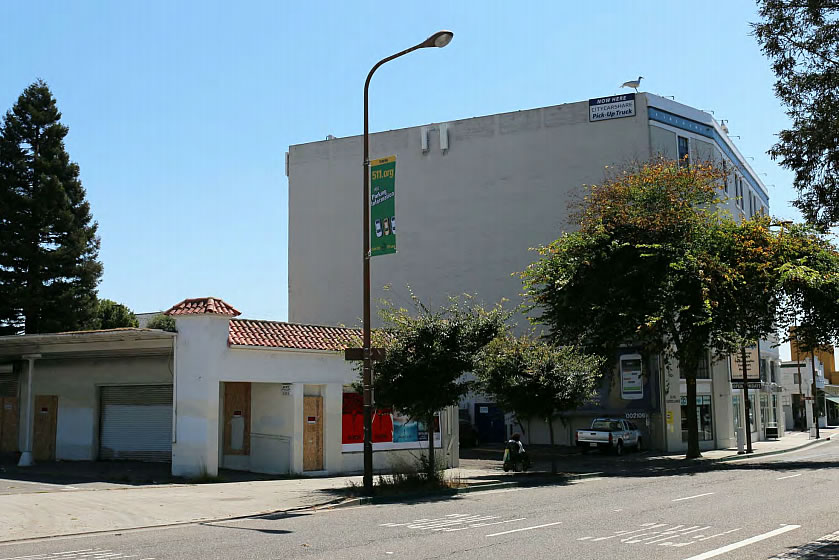 Approved as a residential hotel project and designed for short-term tenants, “such as professors or other people coming to the city for brief periods who need a place to live,” Panoramic Interests is now seeking approval to develop its 22-unit building to rise four stories at 2711 Shattuck Avenue as apartments. 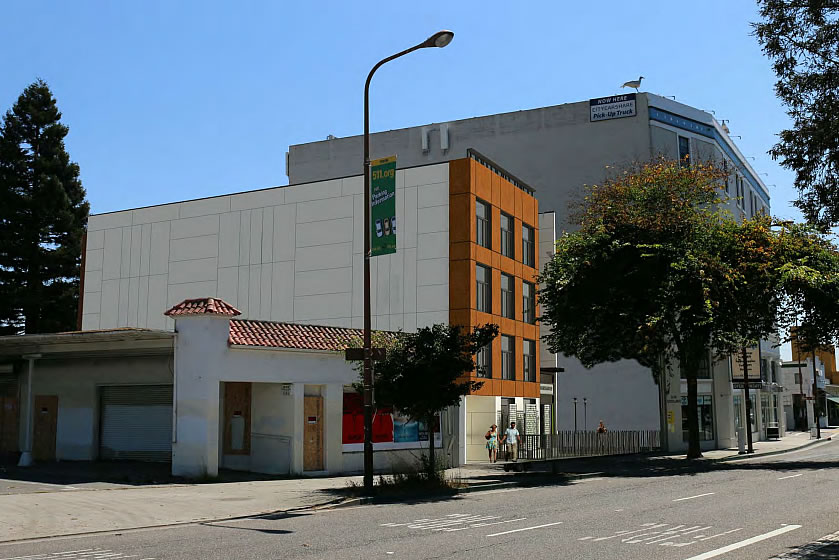 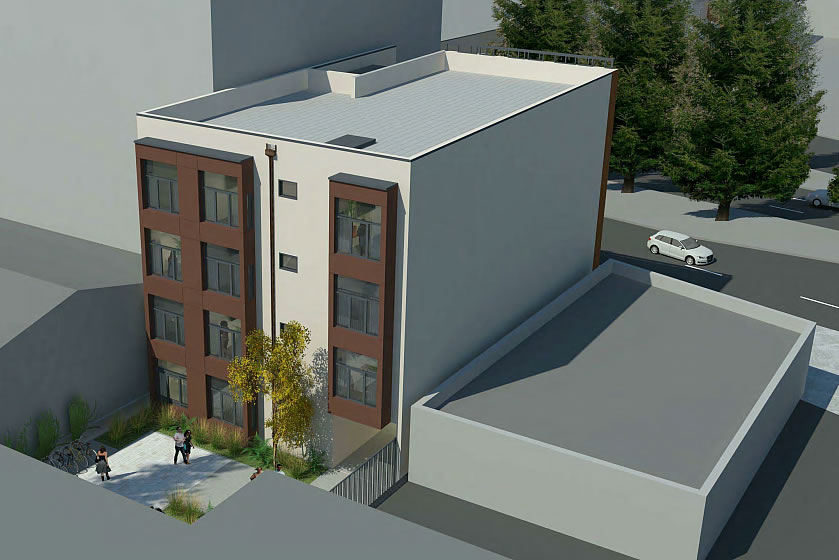 And as proposed, while the building’s official use would change, its design and size, in terms of both the overall project and individual units which average around 315 square feet apiece, would remain the same as originally designed (see first paragraph above).

The 2711 Shattuck Avenue project was approved for development back in 2010, based on Panoramic’s representation that the residential hotel rooms would be rented to Moderate Income Households.

As newly proposed, the apartment project would include two (2) below market rate units for Very Low-Income Households, while the other twenty (20) units would be market-rate apartments, Panoramic’s projected rent for which is currently $1,900 per month.

The stated reason for Panoramic’s proposed change in use for the project is their inability to finance a 22-unit hotel development. Berkeley’s Zoning Adjustments Board is slated to hear the request this week.