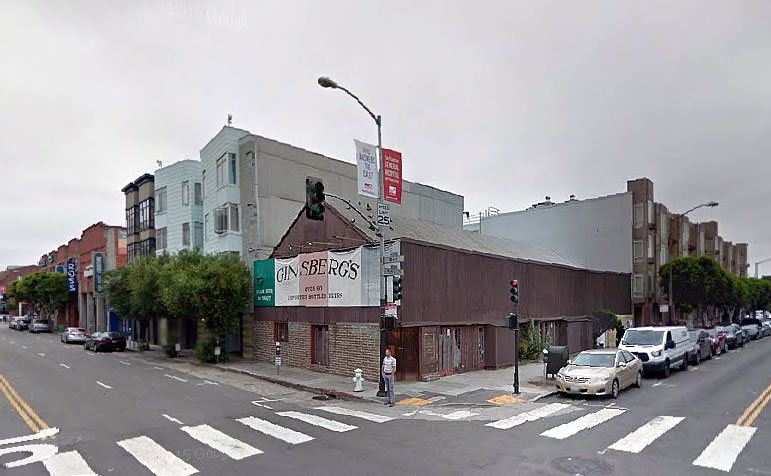 Slightly redesigned with an open trellis on the second floor deck and a non-operable window on the north side of the fourth floor event space to provide more of a sound buffer between the project and adjacent building, the proposed four-story “Rainflower” hotel to rise on the corner of Bay and Mason has just been granted a Mitigated Negative Declaration from San Francisco’s Environmental Review Officer. 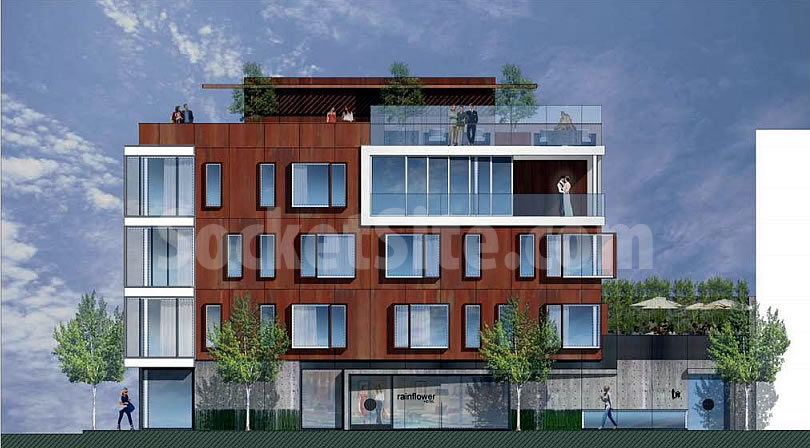 As such, a lengthy Environmental Impact Report for the development which is would rise upon the site of the shuttered Ginsberg’s Dublin Pub on the border of North Beach and Fisherman’s Wharf will not be required for the project to move forward, but San Francisco’s Planning Commission will still need to approve the development. 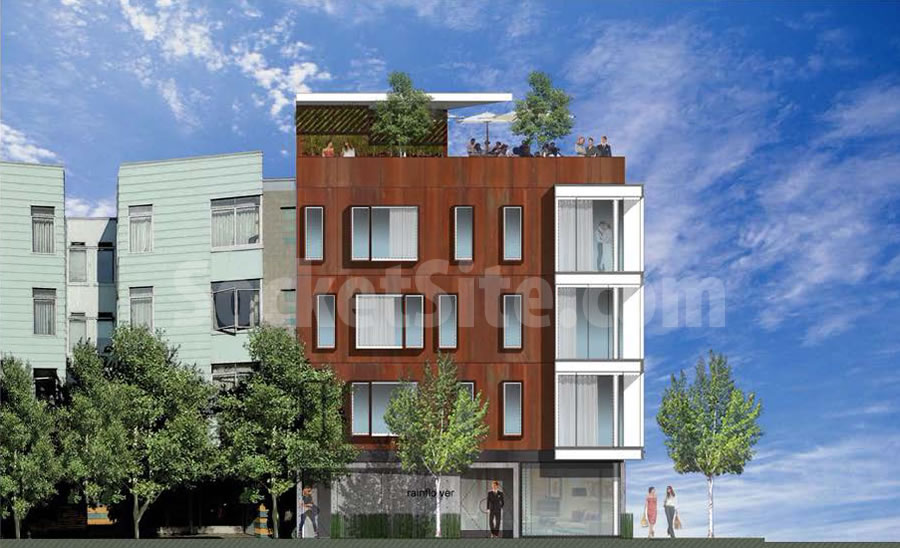 Designed by NC2, the proposed development includes 13 hotel rooms over 2,000 square feet of retail/event space on the ground floor and a 2,000-square-foot roof deck for hotel patrons and events.  And once again, the project doesn’t include a garage.