New Details For Development To Replace Den Of Adult Activities 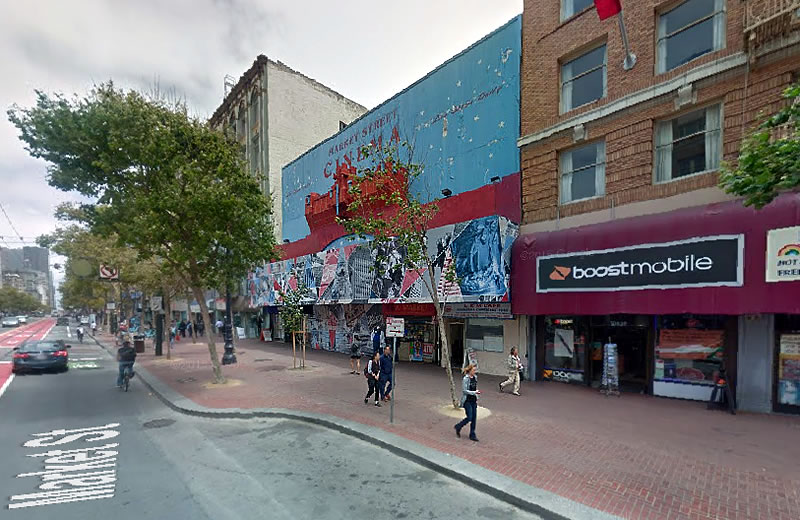 The Market Street facade for the proposed eight-story building to rise on the site of the infamous Market Street Cinema has been refined anew by Levy Design Partners, with concrete, metal and glass as the primary materials (as the proposed facade previously appeared): 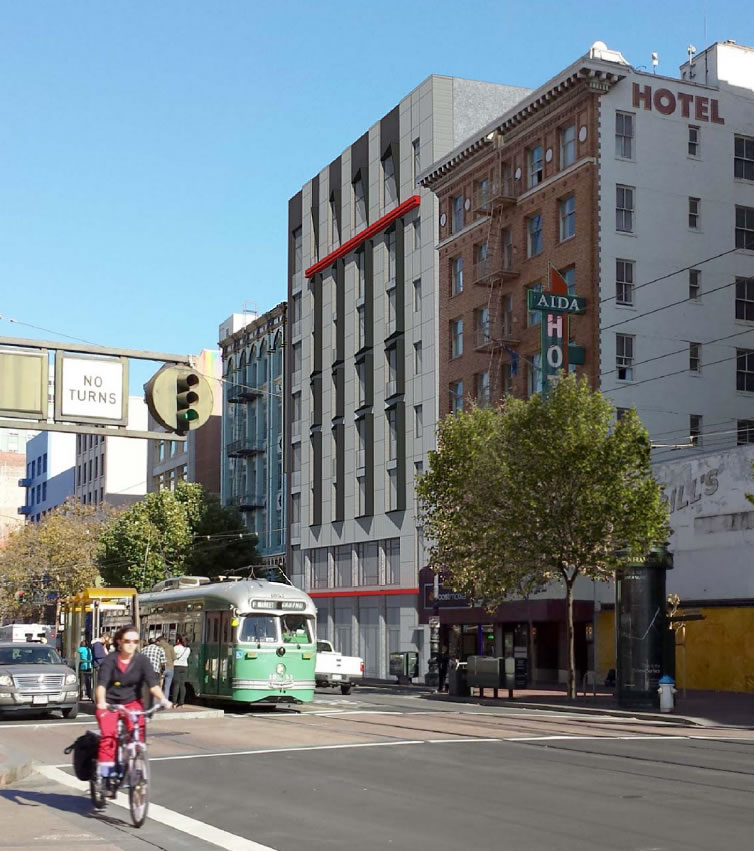 Targeting “creative, bike-centric workers filling office buildings in the neighborhood,” the $27 million development will yield 90 residential units (28 studios, 51 one-bedrooms and 11 two-bedrooms) ranging in size from 400 to 1,000 square feet, with 9,000 square feet of ground-floor commercial space fronting both Market and Stevenson Streets and a basement garage for 23 cars.

A public hearing for the 1075 Market Street project will be held in two weeks.  And if approved, Encore Funds, the project sponsor, is planning to break ground by the end of the year.

The demolition and construction for the development is slated to take around 20 months to complete.