Of the 40 known properties now operated by the Academy of Art University in San Francisco, 75 percent appear to be operating illegally without necessary permits or approvals.

And according to a Planning Department report slated to be presented to San Francisco’s Planning Commission next week, the following nine buildings, which include over 330 rooms of student housing, are ineligible to even be permitted or legalized for their current uses without legislative amendments to San Francisco’s existing Planning Code: 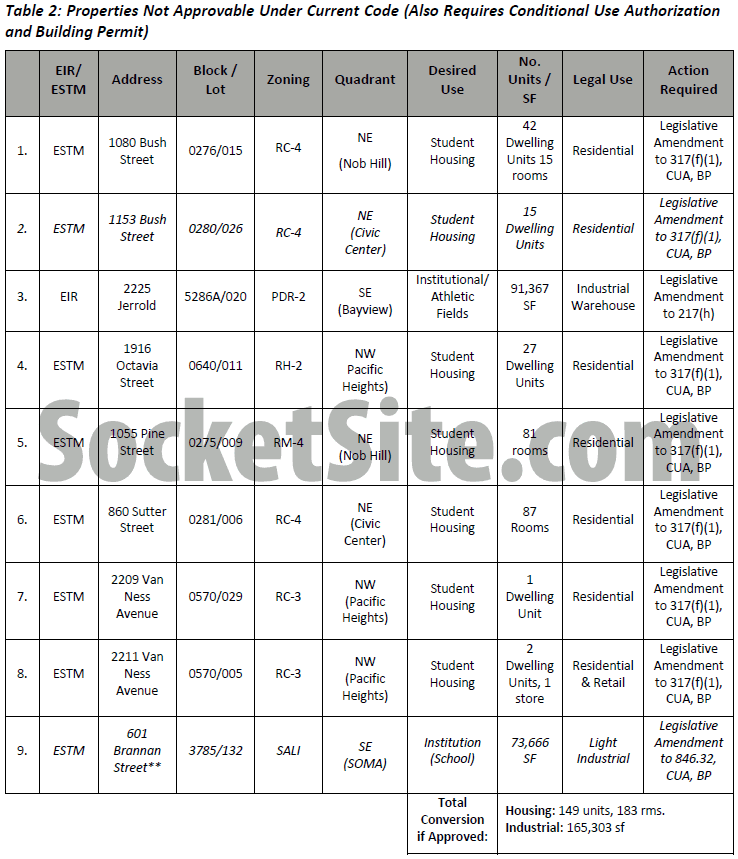 The legislative amendments, however, would result in the loss of at-risk uses the City is on the record as fighting to preserve, including residential housing and Production, Repair and Distribution (PDR) space.  And as such, Planning Department Staff plans to seek the Commission’s guidance on how to approach these sites and whether the Commission would support amendments to permit the losses.

An updated Master Plan for the Academy of Art is due this November and the University’s long-overdue Environmental Impact Report is expected to the certified next April, after which Planning Department Staff “will embark on the processing of AAU’s [buildings] that require legalization.”

Mission District Mural Building On The Market, Peek Inside