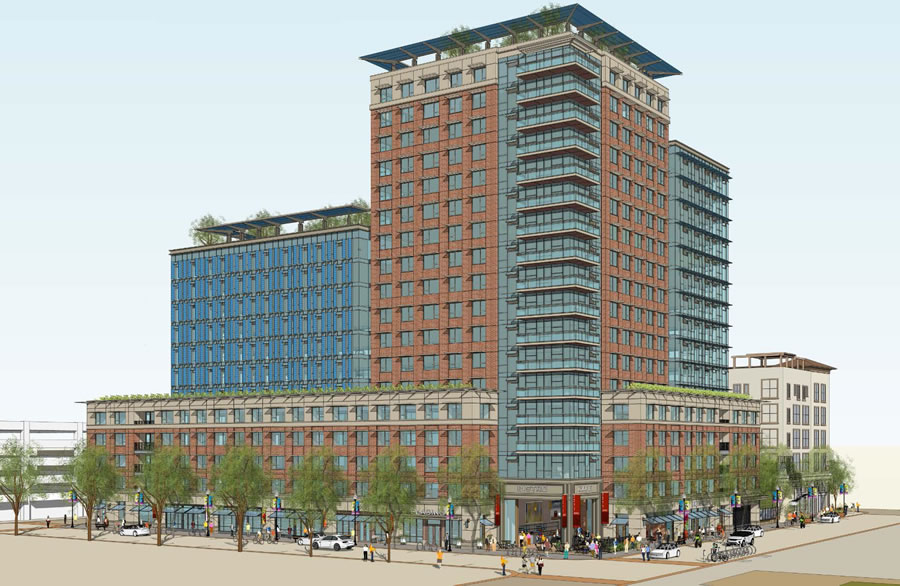 It has been nearly three years since the plans for an 18-story building with over 300 apartments, a new multi-screen cinema, and multiple restaurant and retail spaces to rise at 2211 Harold Way in Downtown Berkeley were first proposed.

And in a special meeting this Wednesday, September 30, the development could be approved by Berkeley’s Zoning Adjustments Board, as is recommended by Berkeley’s Planning Department.

The Environmental Impact Report for the development was certified in June and the refined designs for the project, which shifted the building mass to address “urban design concerns about views” and added more glass for contrast, were presented last month. 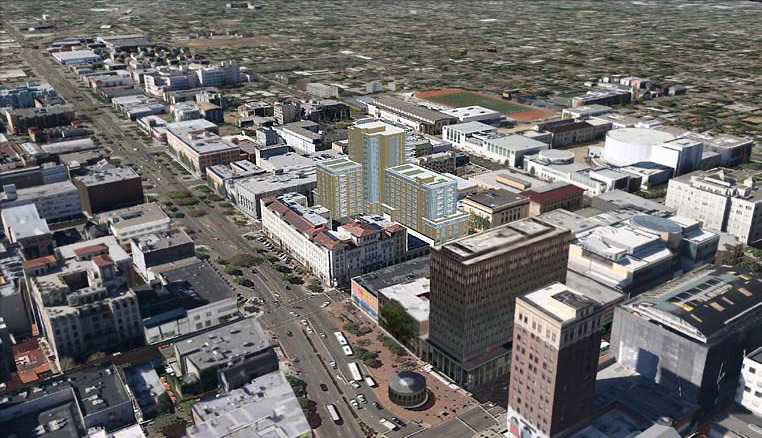 If approved, the Residences at Berkeley Plaza project will rise up to 180-feet behind the historic Shattuck Hotel, with 302 apartments, a ten-screen theater, 177 underground parking spaces and nearly 11,000 square feet of retail and restaurant space, including a 340-square-foot outdoor dining area at the corner of Harold and Kittredge. 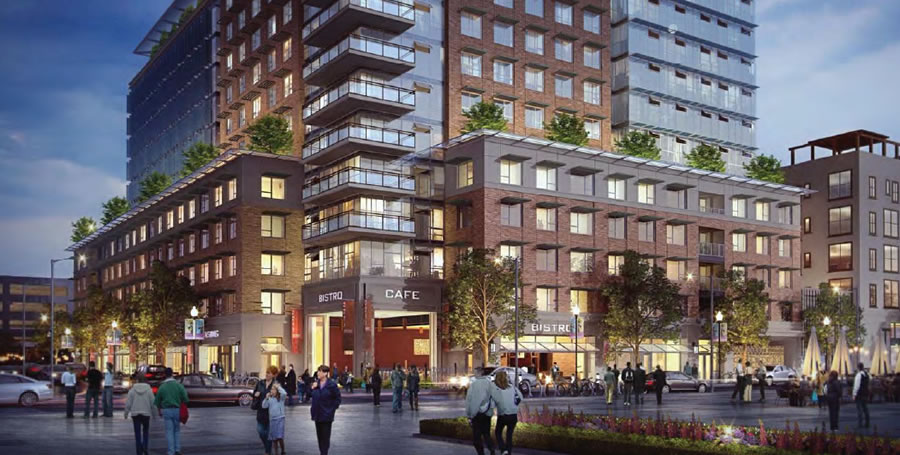 The Hink’s Building at the corner of Harold and Allston, along with a couple of non-historic additions to the Shattuck Hotel, would be razed to make way for the development which would take a couple of years to complete.