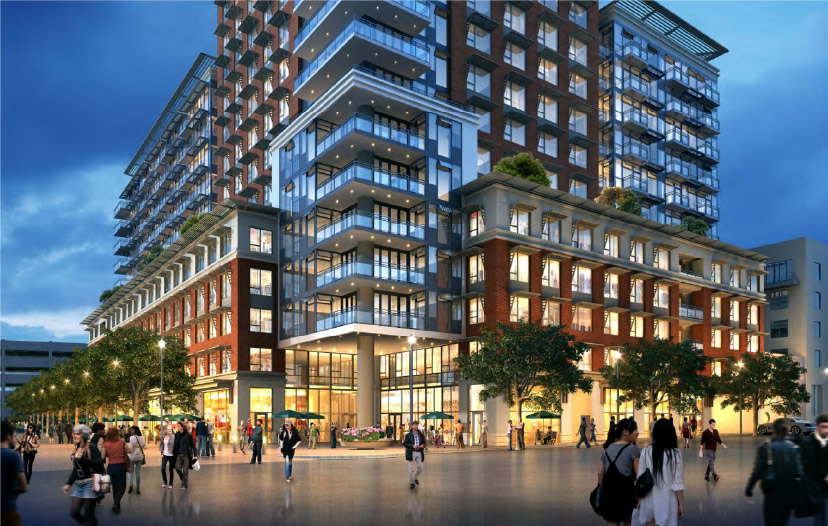 With Berkeley’s Measure R having been soundly defeated at the ballot box, a measure which would have required tall buildings to have met higher environmental building standards (LEED Platinum versus LEED Gold as is currently required), the plans for the proposed 18-story “Residences at Berkeley Plaza” development to rise behind the Shattuck Hotel are back on track and could be approved early next year.

A 9,000 square foot public plaza would be constructed mid-block between the new residences and the Shattuck Hotel.  A couple of additions to the hotel would need to be razed along with the Hink’s Building (Postal Annex) at Harold and Allston in order to make way for the new development.

The public comment period for the project’s Draft Environmental Impact Report (EIR) ends next week, the Planning Department’s response to the comments are expected to be published in early January, and Berkeley’s Zoning Adjustments Board is scheduled to hold its public hearing on the certification of the EIR and the project’s Use Permit on January 22.

From Horror Show Hotel To Housing For Homeless Veterans