Development Will Level This Popular Flower Stand, But… 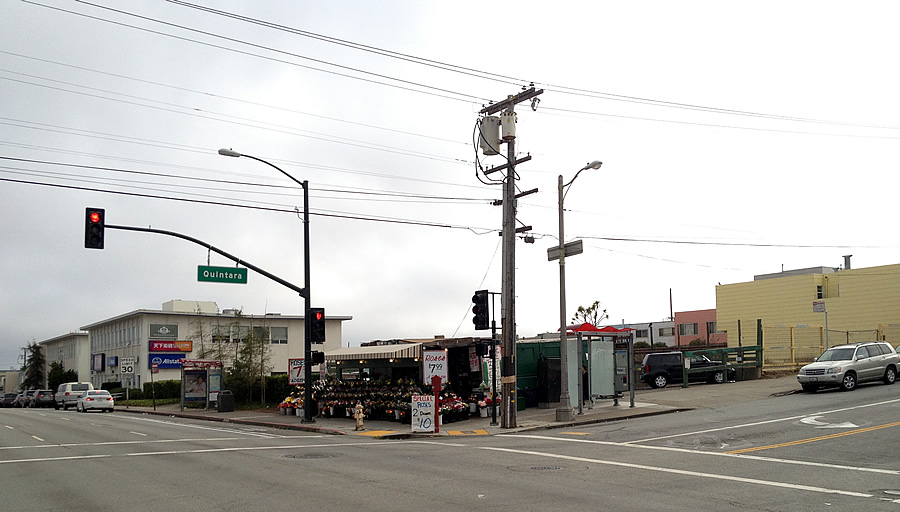 Plans to level the Sunset District flower stand and two undeveloped lots on the southwest corner of Quintara and 19th Avenue have been submitted to Planning.  And as proposed and rendered below, a four-story building with 42 apartments and parking for 56 cars would rise across the 1001 Quintara site.

The 42 apartments across the top three floors of the building would average around 750 square feet apiece and nine of the ground-floor parking spaces would be for the two adjacent office buildings fronting 19th Avenue, the parcels for which would be technically merged into the development.

And as designed by Gary Gee Architects, the plans for the project include one 615-square-foot commercial space on the corner, a space which has been designed, and is specifically intended, for the flower stand to return.