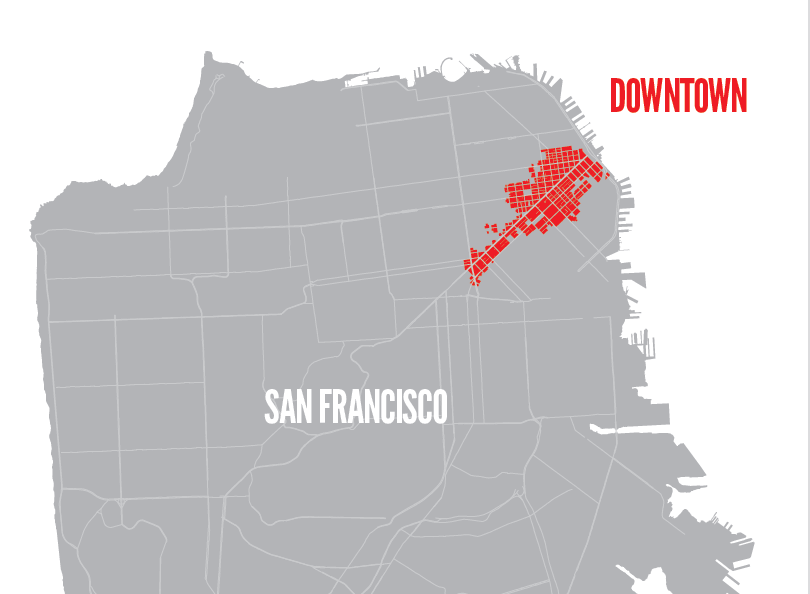 Or from the lead paragraph from the latest monitoring report for the Plan with respect to Housing:

“The Downtown Plan recognizes the effects that adding thousands of new jobs and millions of square feet of commercial space has on the demand for housing in the city. In addition to discouraging the loss of existing residential units in neighborhoods surrounding downtown to encroaching commercial uses, the Plan calls for increased housing production in and around downtown San Francisco, and suggests measures for new commercial development to cover some of the costs associated with producing new affordable housing.”

At the same time, the number of households demanding housing in downtown San Francisco is projected to increase by 32,000, or 31 percent, over the next 25 years, including an additional 4,700 households in the Transbay District alone. And they won’t be residing on Transbay Block 5.

A Decade Of Evictions In San Francisco By District And Type