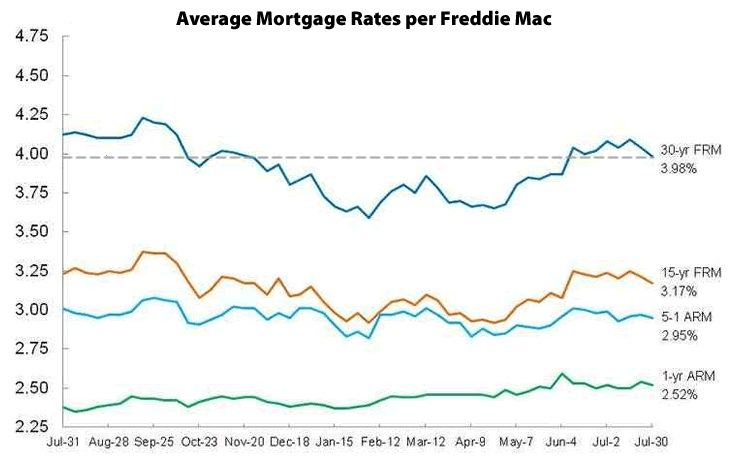 Having ticked up to 4.09 percent two weeks ago, the highest rate so far this year, the average rate for a 30-year mortgage has dropped to 3.98 percent, versus 4.12 percent at the same time last year, according to Freddie Mac’s latest Primary Mortgage Market Survey.

The recent dip comes on the heels of a second big drop in Chinese stock prices and weaker than expected pending and new home sale reports, and an associated flight to quality which dropped Treasury yields around 5 basis points.