San Francisco Home Sales Up And Down, Median Price Slips 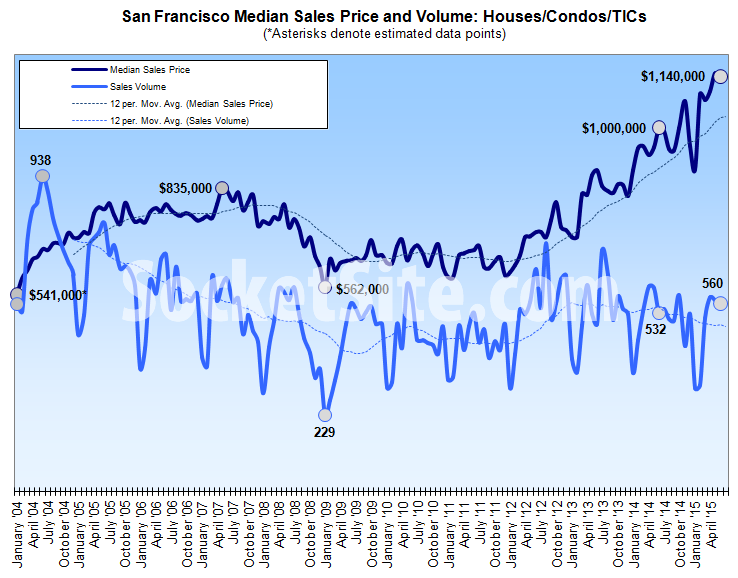 Recorded sales activity for single-family homes and condos in San Francisco slipped 1.8 percent from May to June but is running 5.3 percent higher versus the same time last year, the first year-over-year gain in seven months and versus 6.1 percent lower on a year-over-year basis last month. Keep in mind that sales activity typically increases around 2 percent from May to June in San Francisco.

Having hit a record $1.15 million in May, the median sale price for a home in San Francisco ticked down 1 percent to $1.14 million in June. The current median price is 14 percent higher versus the same time last year, down from 21.4 percent higher on a year-over-year basis in May according to data from CoreLogic. Over the past ten years, the median sales price has typically increased from May to June.

Art Deco With An Ornate Modern Kitchen On Ord