Pace Of New Home Sales In The U.S. Suddenly Drops 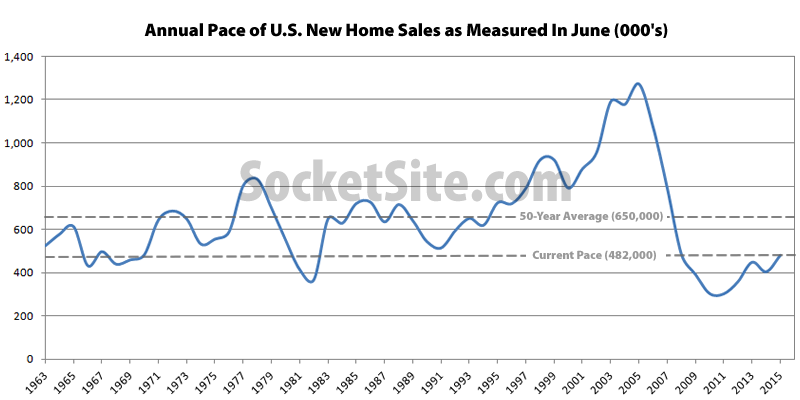 The seasonally adjusted pace of new single-family home sales in the U.S. suddenly dropped 6.8 percent in June to an annual rate of 482,000, the slowest pace in seven months. The current pace remains 18.1 percent higher than at the same time last year but is 25.9 percent below than the long-term average of 650,000 as measured in June.

And in terms of inventory, the number of new single-family homes for sale across the county is currently 215,000, up 3.4 percent from May, 8.2 percent higher versus the same time last year, and the highest June inventory since 2009.

In the West, the pace of new home sales fell 17.0 percent from May to June but remains 10.9 percent higher as compared to the same time last year.

Foreclosed Upon, Trashed And Back For $3.5 Million