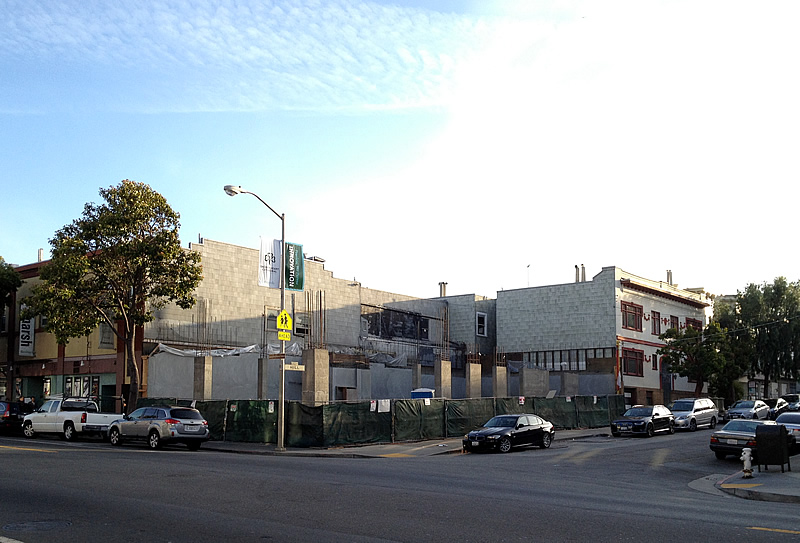 Frozen mid-construction by a Superior Court Judge who ruled that San Francisco’s Board of Appeals had abused its discretion and “failed to set forth the analytic route it traveled” when the Board reversed an earlier vote which would have limited the Mission District development at 1050 Valencia Street to four, rather than five, stories in height, last night the Board of Appeals adopted an amended set of Findings for the development and voted to reissue the project’s building permit which had been suspended. But the fight may not be over.

The Board’s revised findings address the aforementioned analytic route which the court found lacking, but the appellants who have been challenging the development, including the Marsh Theater next door, accuse the Board of new transgressions and abuse. From the appellants’ objection to the Board’s action last night:

With the Board’s adoption of their revised findings, the building permit for 1050 Valencia should soon be reinstated and construction should soon recommence. But the development could be derailed anew should the “Neighbors for Preservation and Progress” mount another challenge.