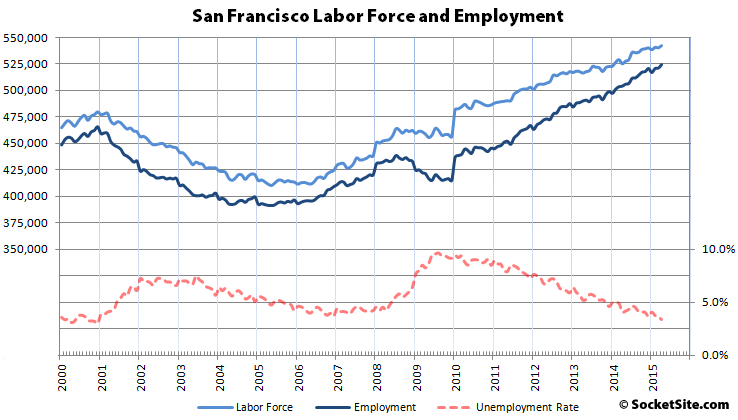 The number of people living in San Francisco with a job continues to climb and hit a new all-time high of 524,100 in April, an increase of 2,000 from the month before.

There are currently 20,300 more people living in the city with paychecks than at the same time last year and 58,600 more than were employed in the city at the height of the dot-com peak in 2000, at which point the unemployment rate measured 3 percent with a labor force of 480,000, versus 542,500 last month, according to California’s Employment Development Department.

The un-adjusted unemployment rate in California is down to 6.1 percent.