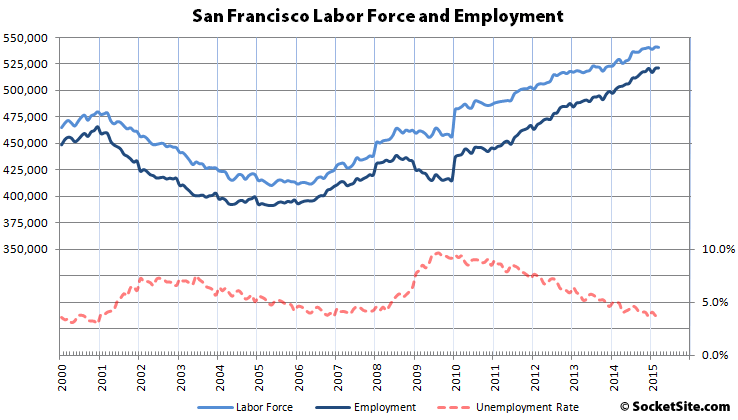 With the state’s latest labor force revisions and refinements now complete, the estimated number of people living in San Francisco who have a job now measures 520,900, a nominal increase of 400 since the beginning of the year but also a new all-time high.

Since January of 2010, the number of employed residents in San Francisco has increased by 84,200, a 19 percent jump in just five years.  And the current unemployment rate in the city measures 3.6 percent, the lowest rate since 2000.

Compared to the height of the dot-com peak in December 2000, at which point the unemployment rate in San Francisco measured 3 percent with a labor force of 480,000 (versus an adjusted 540,500 today), there are 55,400 more people living in San Francisco with paychecks than there were before.

Evicted Tenants in S.F. Could Get $50K to Buy a Condo or House