Facing a bit of opposition from a fellow architect and neighbors who reside in the Dogpatch building to the north at 755 Tennessee, a building which was designed by Sternberg Benjamin as well, the proposed five-story building to rise on the northeast corner of 19th and Tennessee is slated to be approved by San Francisco’s Planning Commission next week. 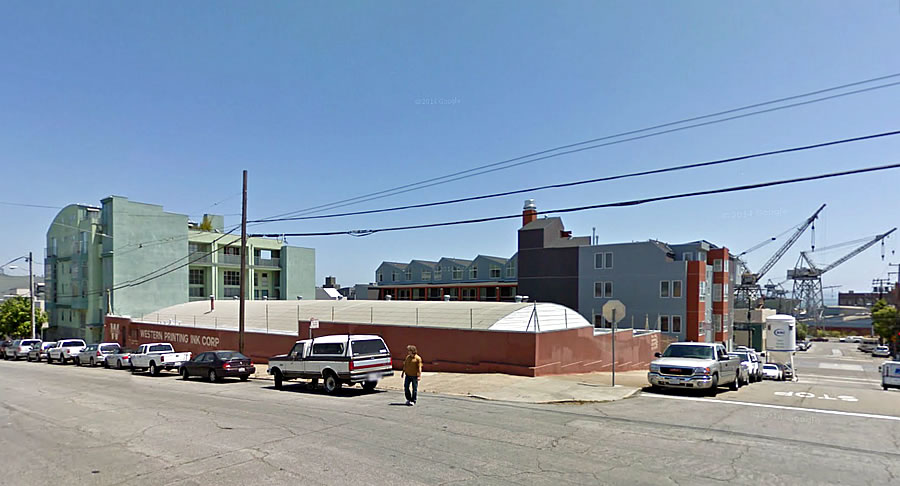 The development of 777 Tennessee, which was originally designed to rise up to six-stories, would replace the low-slung Western Printing Ink Corp warehouse on the parcel with 59 condos (one studi0, 34 one-bedrooms, 19 two-bedrooms, and 5 threes) over 50 parking spaces and a storage room for 59 bikes.

From the opposing architect, concerned about the loss of direct sunlight to a number of the neighboring building’s ground floor units and surprised by 777’s “fully loaded” design:

“And as architect for 755 Tennessee, you knew exactly what you were doing! This is shameful.

I also pity the new residents, double loaded corridors like a cheap hotel and no cross ventilation. Was not Roger Sherwood’s Modern Housing Prototypes on the reading list of your architecture school?

San Francisco’s Planning Department and the Dogpatch Neighborhood Association support the project as proposed.  The public hearing for the development is scheduled for Thursday, with the neighboring architect vowing “vehement and justified opposition.”