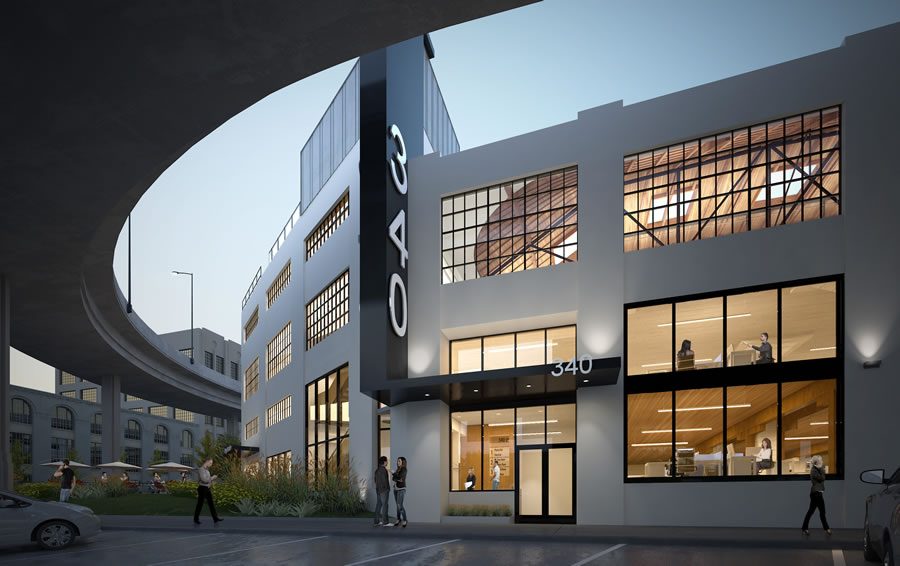 Plans to raze the former Machine Works building at 340 Bryant Street and build up to 150-condos on the site were explored but never pursued. Instead, the then-new owners decided to pursue a conversion of the industrial building, around which the eastbound HOV lanes for the Bay Bridge on-ramp wrap, into “creative office space” and submitted their plans to the city back in 2013. 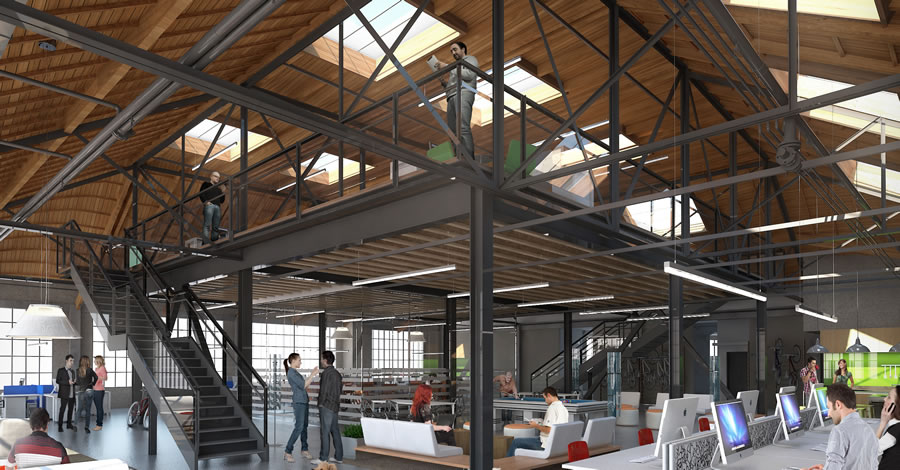 As proposed and designed for Group I by Thousand Architects, 340 Bryant’s second, third and fourth floors are to be converted to 45,000 square feet of creative office space, with 15,000 square feet of PDR on the ground floor and a rooftop deck serving as the project’s required open space.

With construction underway and a tenant for the ground-floor space already lined-up, the 340 Bryant Street project was granted a key exemption from additional Environment Review and the conversion appeared to be on-track for final approval.  And then the project’s exemption was appealed by Sue Hestor, on behalf of “San Franciscans for Reasonable Growth.”

The basis of the appeal revolves around pedestrian and bicycle access to the building and potential conflicts with Bay Bridge traffic:

“The difference between an industrial workforce on site (at the time of the Eastern Neighborhoods [blanket Environmental Impact Report]) and their travel patterns (heavily in trucks) and an office work force walking or biking to this site was not discussed.

The more pedestrians and bicyclists there are at this site, the more opportunities exist for vehicular conflicts. Westbound autos will be accelerating up a hill. Will there be sun in their eyes? Will they expect pedestrians to be crossing their HOV lane? This is not discussed or evaluated.”

Also questioned, the air quality on the proposed roof deck and whether or not the project’s “unparalleled signage opportunity” (per the marketing materials for the project) would distract drivers and impact traffic as well.

This afternoon, San Francisco’s Board of Supervisors is slated to decided whether or not to uphold Planning’s exemption for the 340 Bryant Street project and allow the conversion to proceed as proposed, or uphold the appeal and require additional Environmental Review and planning.