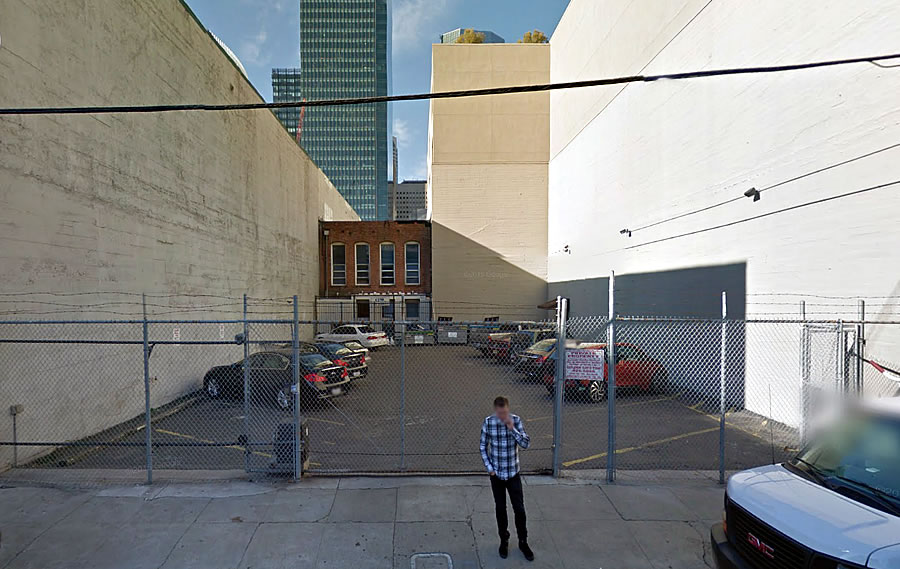 In 2005, an application to ditch the commercial component of the development and build 63 residences instead was submitted to the city, but the application was withdrawn in 2008 and the aforementioned office allocation for the project was subsequently revoked.

A few days ago, fresh plans for a proposed 30-story tower to rise up to 366-feet in height on the 48 Tehama site were quietly submitted to the City’s Planning Department.  And as proposed, the development would include a roughly 100-room hotel over a 5,000-square-foot restaurant and ten underground parking spaces, with two penthouse condos on the top two floors of the slender tower. 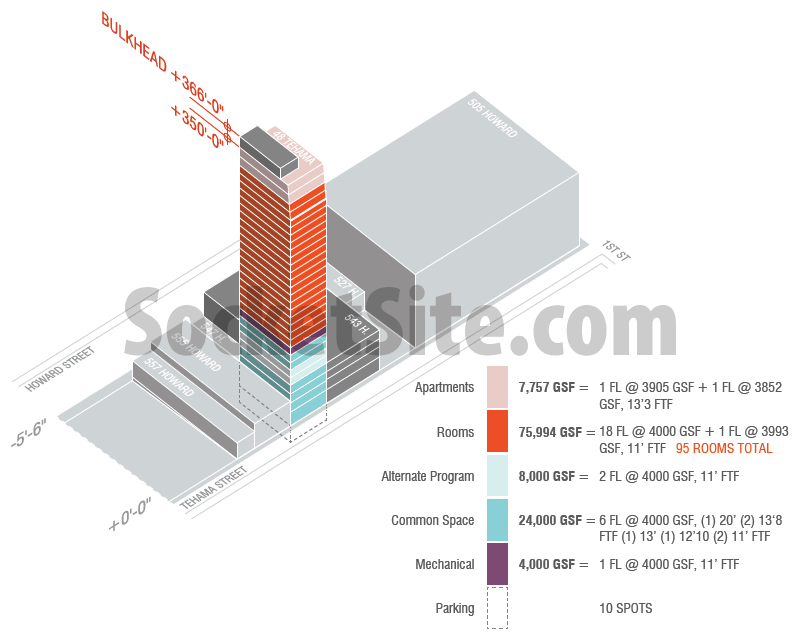 We’ll keep you posted as the plans evolve, and our fingers crossed for something akin to the concept design for the site which BAR Architects had once sketched.

Mission Project Back In Play With 2X The Number Of Condos