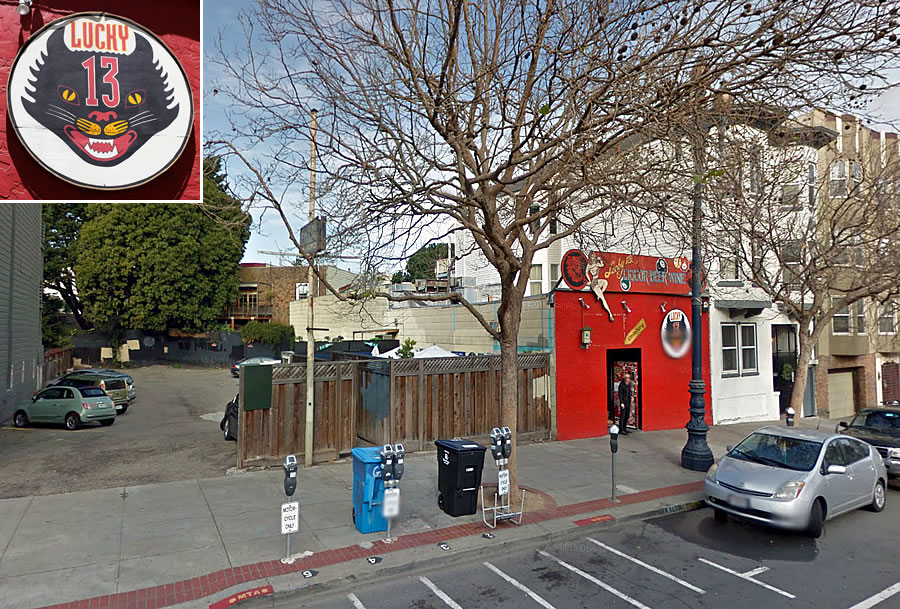 As we first reported earlier this week, a new set of plans have been submitted to Planning for a proposed five-story residential building to rise across the Market Street site which includes the Lucky 13 bar and adjacent patio and parking lot.

In order to make way for the development as proposed, the existing one-story building on the site would be razed, a building with a historic and storied past, including being the site of Harvey Milk’s election night celebration when it was a bar known as Alfie’s.

Early discussions with the Planning Department in 2013 did include a design which would have incorporated the existing building, but those plans appear to have been abandoned.

And the current plan, as drafted by Forum Design below, would include 31 condos over 1,200 square feet of ground-floor commercial space and a 600-square-foot storage room for 32 bikes, but no parking for any autos. 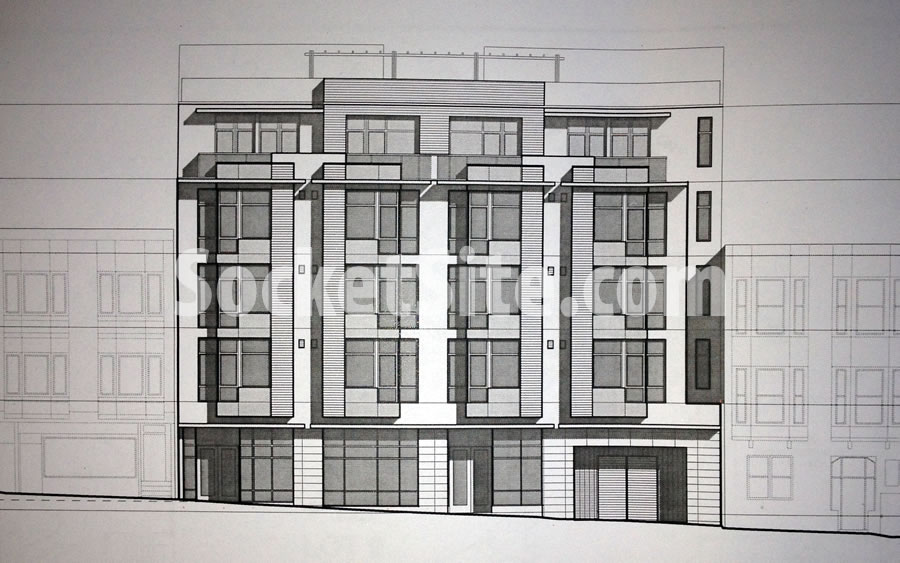 While the plans are preliminary and haven’t been approved, much less submitted for their environmental or formal review, they have been drafted in detail, with elevations, floor plans (29 one-bedrooms, 2 twos) and schematics.

New Plans For Another 330 Apartments Near Jack London Square