Having been completely redesigned by Los Angeles-based Rios Clementi Hale Studios, Kilroy Realty’s “Exchange on 16th,” a 700,000-square-foot office and retail development to rise at 16th and Owens on Mission Bay Block 40, was at risk of having to be re-approved by San Francisco’s Planning Commission.

As the project looked when approved in 2013:

In addition to redesigning the buildings, Kilroy has also redesigned the project’s open spaces, including the Bike Plaza adjacent to I-280 on 16th Street which has been reworked “to accommodate food trucks” in an effort to help activate the area that might not naturally draw the casual user. 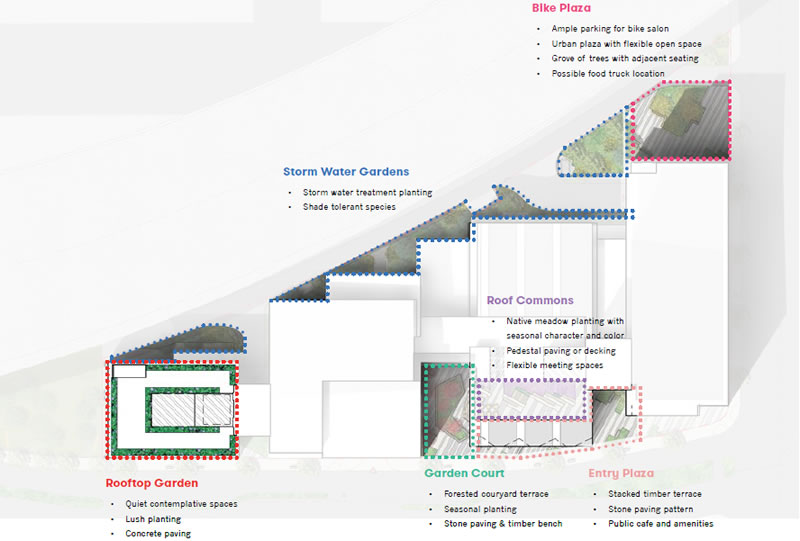 A few new perspectives on the project from above, and as it will appear to those entering the city on I-280: 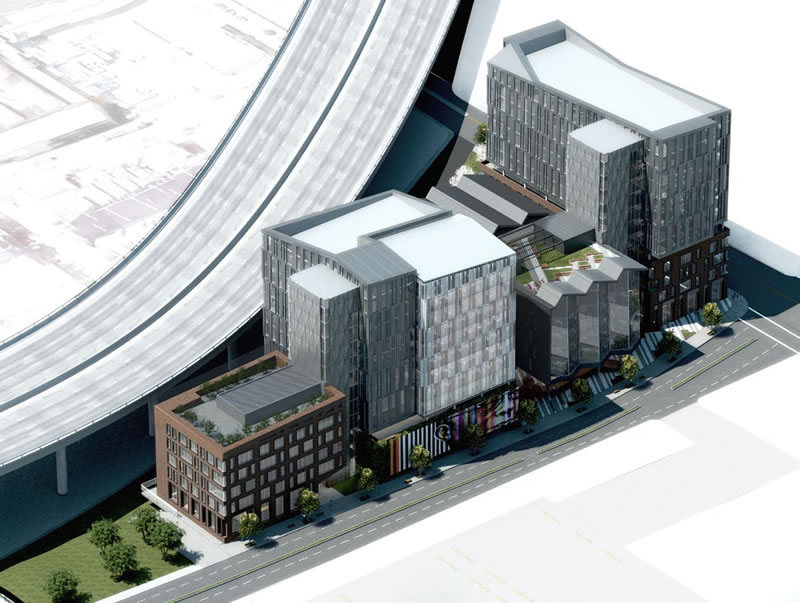 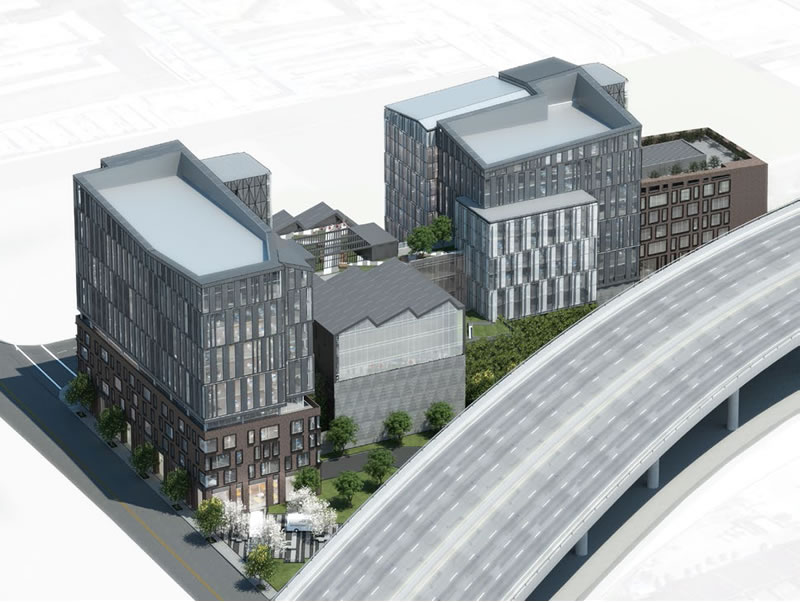 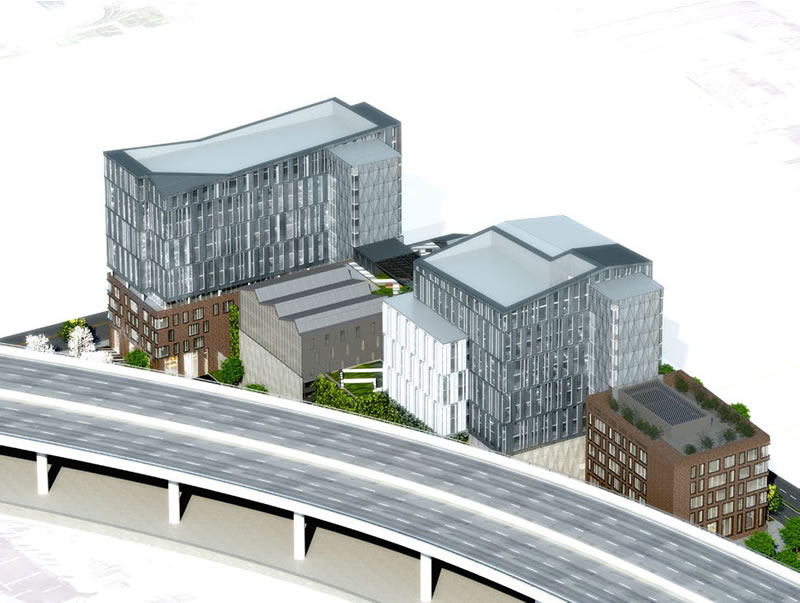 Kilroy is planning to start construction on the Exchange later this year.