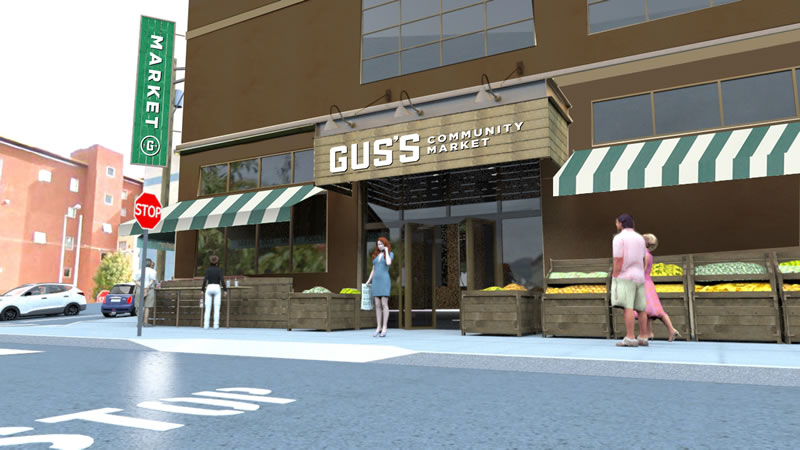 Next week, “Gus’s Community Market” could be given the green light to convert 10,000 square feet of ground floor industrial space at the corner of Harrison and 17th Streets, which is technically the 400 Alabama Street building, into a neighborhood grocery store and accessory restaurant.

As we first reported about the project last month, it’s the family behind the Haight Street Market and Noriega Produce which are planning to open Gus’s and the new market would be similar to their other two and roughly half the size of a smallish Whole Foods.

Currently zoned for Production, Distribution, and Repair (PDR) rather retailing, and last occupied about six months ago as a packaging and distribution center for a company that sold “adult-oriented” merchandise, San Francisco’s Planning Commission will need to approve a requested change in use for the grocery to open, the hearing for which has been re-scheduled from mid-January to February 5.

The proposed hours of operation would be from 7:00 a.m. to 10 p.m., daily.  Twenty (20) of the building’s existing off-street parking spaces would be dedicated to the new store. And San Francisco’s Planning Department is recommending the plans be approved.

A New Home For Family House