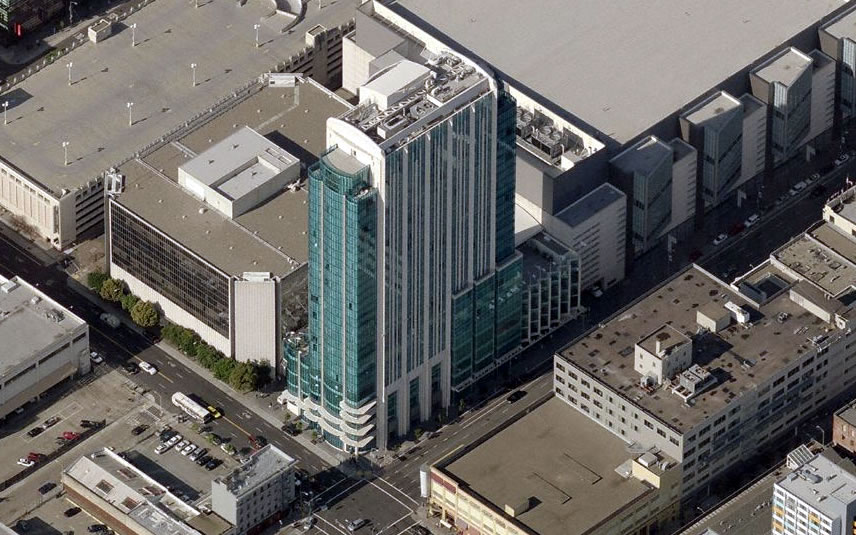 While not widely publicized, over 12,000 square feet of public open space was constructed in the form of two sunny terraces off the fourth and sixth floors of the 31-story Intercontinental Hotel at 888 Howard Street, a condition of the development’s approval and the result of a 1980s-era city policy which requires new South of Market commercial buildings to provide such privately-owned public open spaces.

Next month, a proposed amendment could be adopted which would allow developers to pay an in lieu fee rather than provide any on-site public open space in their buildings.

As proposed, any fees paid in lieu of developing, or perhaps reclaiming, currently required on-site public spaces would be deposited into an account to fund South of Market recreation and open spaces.

If the amendment is passed and the Intercontinental is successful, don’t be surprised if a flood of similar requests to privatize other existing public spaces in San Francisco soon surface.