The Grand Plan And Timing To Transform SF’s Second Street 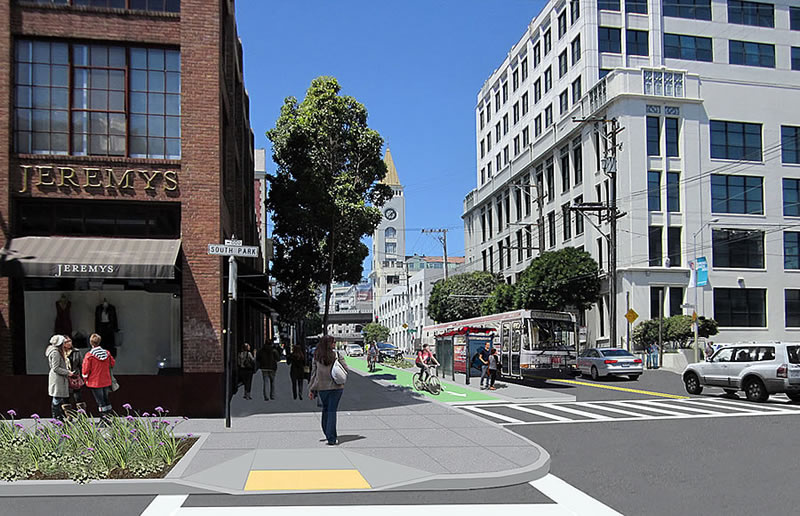 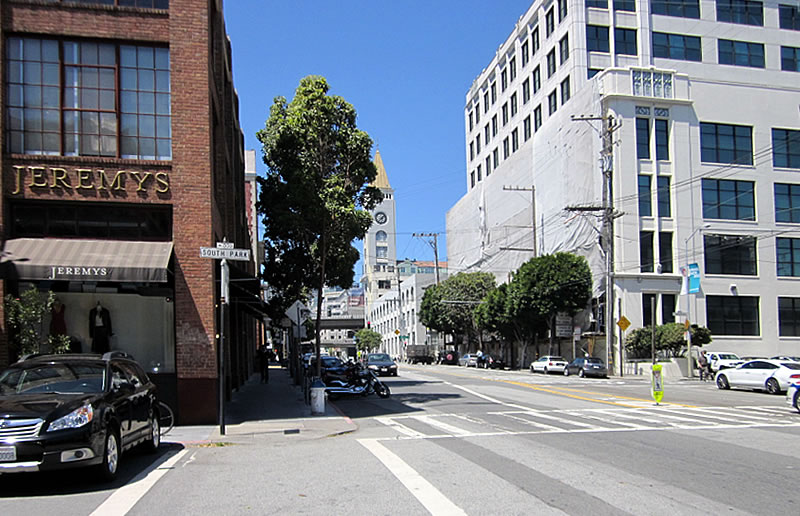 In the works for over a decade, San Francisco’s Second Street Improvement Project intends to transform Second Street, from Market to King, into a pleasant “multi-modal corridor” and “green connector,” with separated bike lanes (cycletracks) on both sides of the street, sidewalk and streetscape improvements, and a complete roadway repaving. 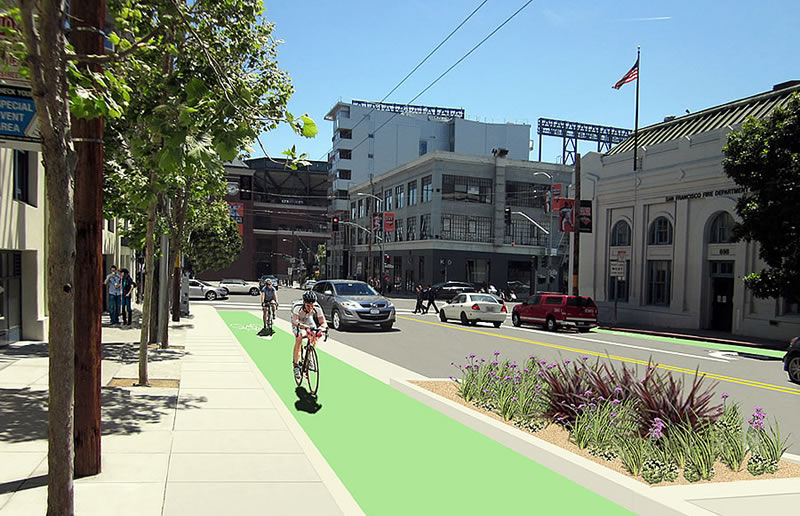 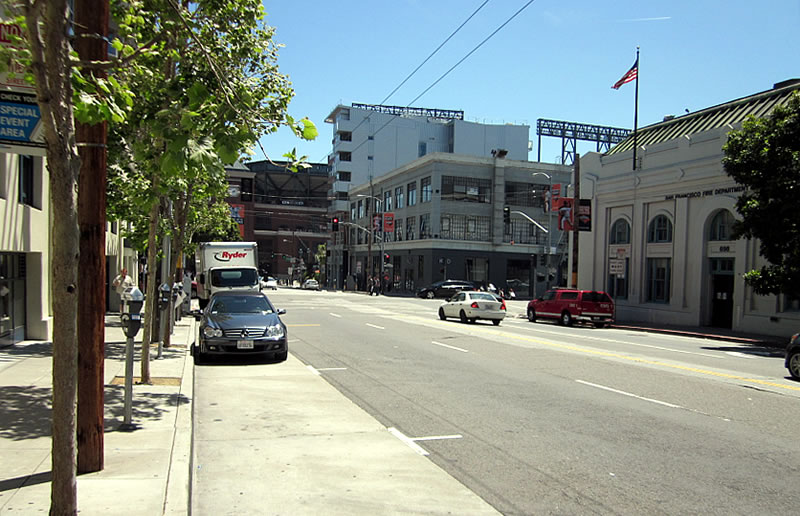 Planning’s preferred plan would limit general parking and relocate some commercial and passenger-loading spaces along the corridor, a plan which would result in a proposed reduction of roughly 10 percent of the existing 1,700 on-street parking spaces within a one block radius of Second Street.

And in terms of timing, the draft plan and Environmental Impact Report for the project is now slated to be published early next year with construction anticipated to commence in 2016.  The exact timing will be dependent upon the number of comments on the Impact Report and any challenges to which the City will need to respond.

Once the ground is broken, the Second Street Improvement Project should take around a year to complete.

A key connection though SoMa between downtown, Mission Bay and the Central Waterfront, cycling along the Second Street corridor has increased over 35 percent since 2011.