New Life For Beltline Building And Bathrooms As Well 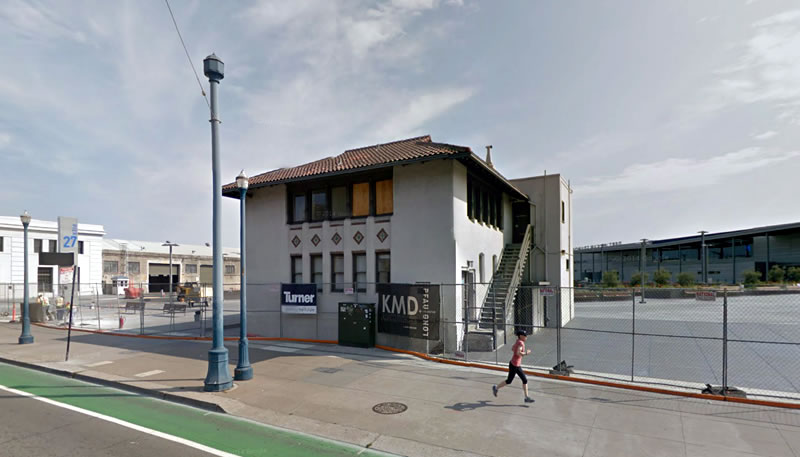 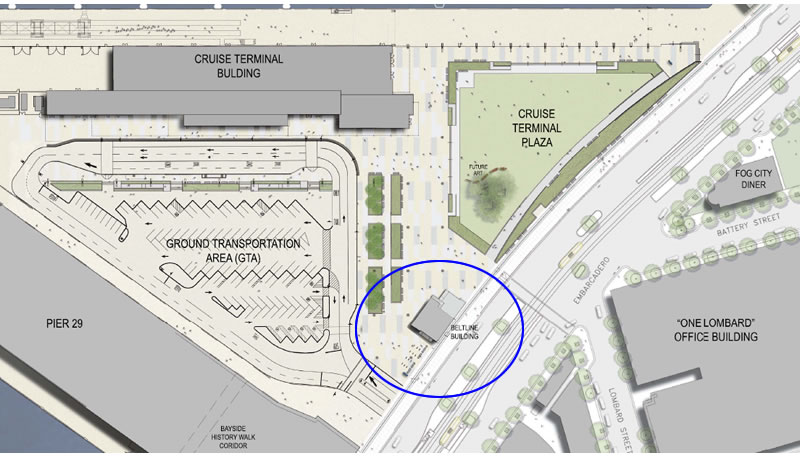 A former office building for the Belt Railroad which once ran by the site, the “Beltline Building” which fronts the Embarcadero between Pier 27 and Pier 29 has seen better days.  And with San Francisco’s new cruise ship terminal having opened on Pier 27 behind, and big plans for Pier 29 on the boards, it’s time to renovate the Beltline.

The first floor of the 3,000 square-foot building will become a small commercial space for a café, restaurant or retailer, while the second floor will remain office space.  An outdoor patio will sprout behind.

And as proposed, the public restrooms which were to be constructed in an all-new structure as part of the Cruise Terminal Plaza project will be included in the renovation of the Beltline Building as well.

From Funeral Home To Apartments As Proposed