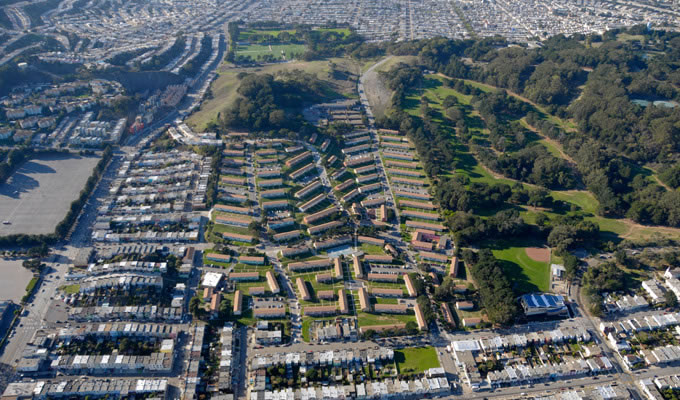 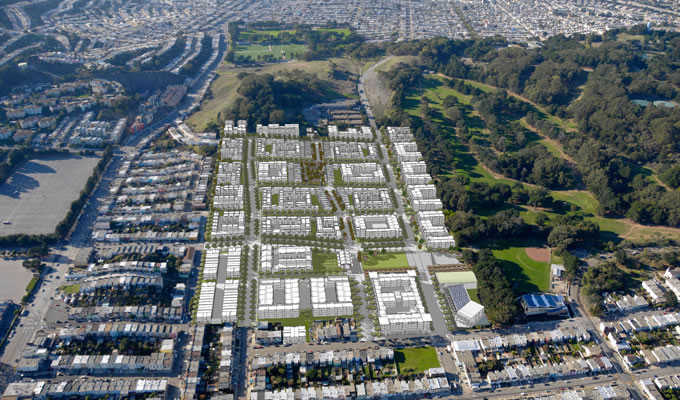 Built as housing for wartime ship builders in 1941 and now San Francisco’s largest, and perhaps most infamous, public housing complex, with nearly 800 run-down units across its 49-acre site, the HOPE-ful master plan for razing and redeveloping the Sunnydale-Velasco public housing complex is ready for its formal environmental review and public hearings.

As proposed, the existing 785 units spread across the Visitacion Valley acreage would be razed and 1,700 new units would rise, 785 of which would remain subsidized by the San Francisco Housing Authority but would be owned, and newly managed, by Mercy Housing.

Of the 915 units of additional housing, 24 percent would be below market rate rentals (including 150 for seniors) while 76 percent (around 700 units) would be for-sale market rate condos, developed by the Related Companies.

Designed by Van Meter Williams Pollack, the development would range in height from 40 to 60 feet, with 18 buildings at 40 feet or less, 15 buildings at 50 feet, and one building at 60 feet with senior housing, retail and community services on the ground floor. 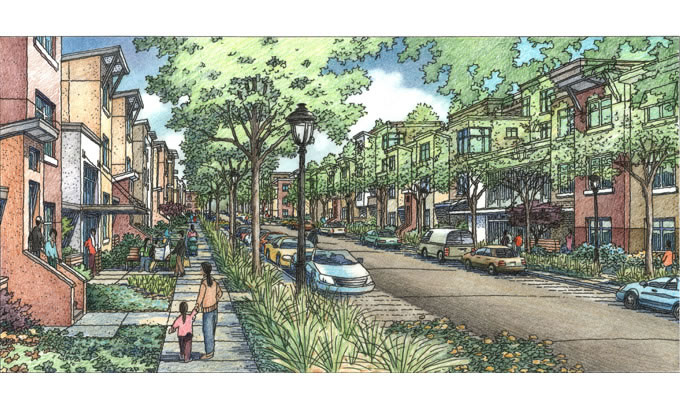 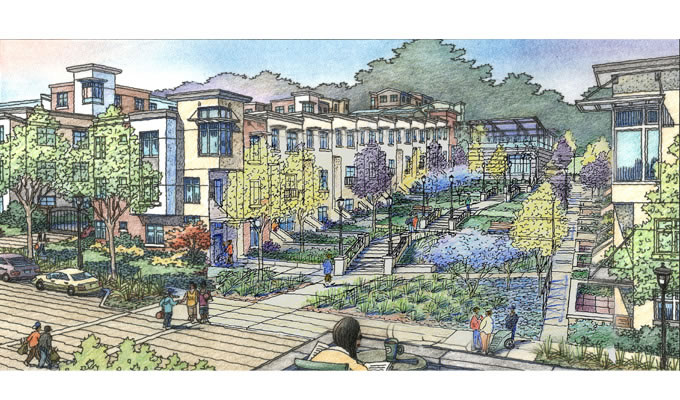 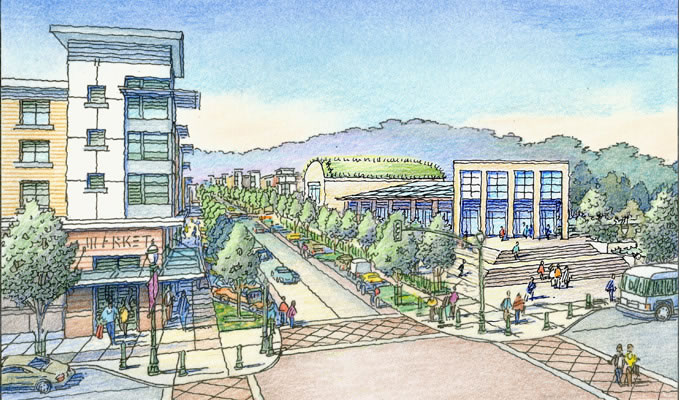 The master plan includes up to 72,500 square-feet of community, recreational and educational facilities; up to 16,200 square-feet of neighborhood-serving retail; and 11.5 acres of new parks and open spaces, including a community garden and farmer’s market pavilion. 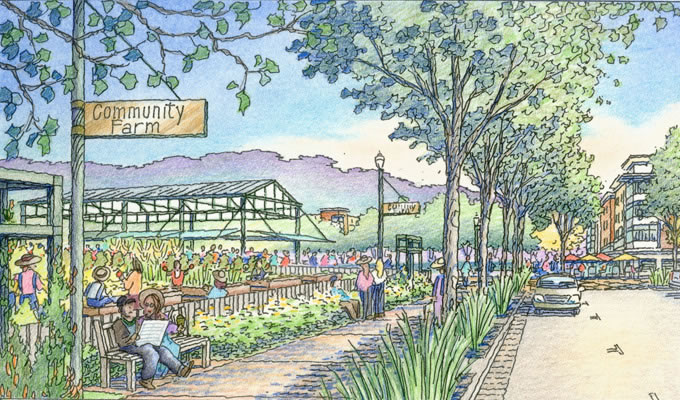 The two public hearings to review the Environmental Impact Report for the project have been scheduled for January 20 and 22, 2015.  And if approved and funded, the development will occur in three major phases over a period of 9 to 15 years.