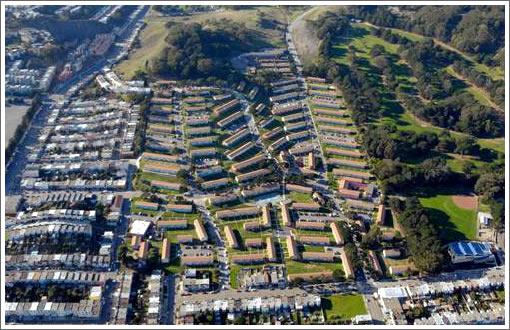 Waylaid by the economy, the HOPE-ful plan to demolish the existing Sunnydale and Velasco public housing complexes in Visitacion Valley, the largest public housing community in the City of San Francisco, and construct a mix of public, affordable, and market rate housing upon the 49-acre site is starting to make its way through Planning:

The proposed project would increase the number of dwelling units on the site from 785 to approximately 1,700, an increase of some 915 units. Of the new units, 785 would be replacement public housing dwelling units, on a one-for-one basis, that would remain affordable housing, subsidized by the San Francisco Housing Authority but under management by and the ownership of the developers or related entities. 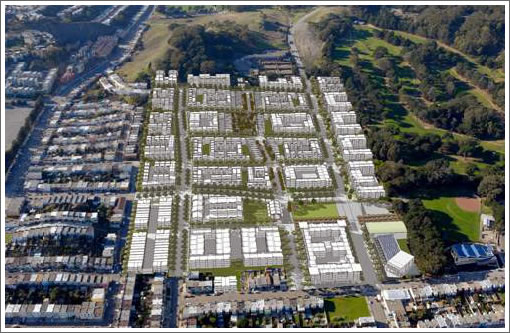 And in addition to 1,700 housing units, the proposed master plan and design calls for up to 72,500 square feet of community, recreational and educational facilities; 11.5 acres of new parks and open spaces (including a community garden, a farmer’s market pavilion, and secure outdoor courtyards within residential buildings); up to 16,200 square feet of neighborhood-serving retail; and a reconfigured street network and landscaping. 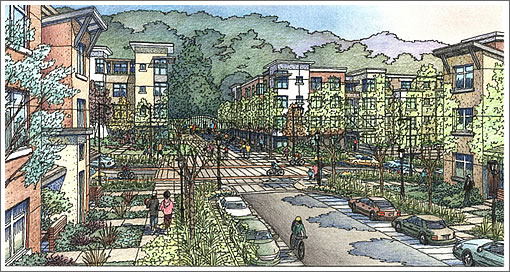 The first public meeting to comment on the scope of the project’s required Environmental Impact Report (EIR) will be held on January 5, 2013, at 10:00 a.m. at the Visitacion Valley Library.