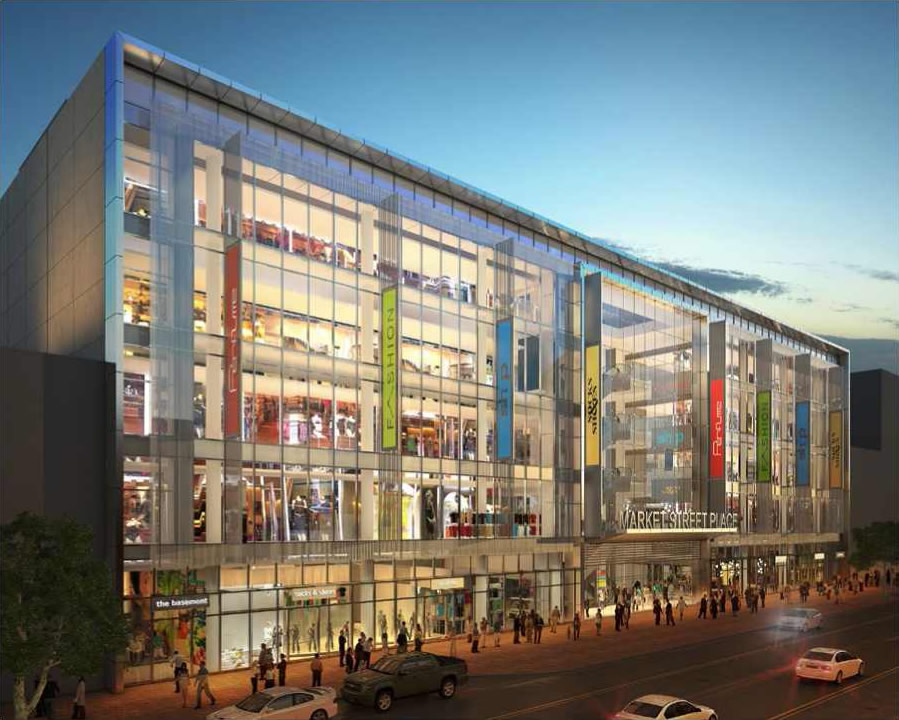 With its September start date having come and gone and still no movement on the Mid-Market site, Cypress Equities is now targeting November 12 as the date they’ll officially break ground on the 250,000-square-foot retail center known as “Market Street Place,” along Market between Fifth and Sixth Streets.

And according to the Business Times, Cypress is still searching for an anchor tenant for the project.  While JCPenny had originally signed-on to be the development’s anchor, and Nordstrom Rack was unsuccessfully chased, Cypress is now looking for the six-story development to be more “upscale.”

Speaking of which, while there isn’t any official update on the potential for an Eataly-esque gourmet food hall to occupy a floor of the Place, we’ve heard a couple of rumblings that it’s not likely to happen.

First approved for development as “CityPlace” in 2010 but then lost to foreclosure in 2011, Market Street Place will take around two years to complete, once the ground is actually broken.