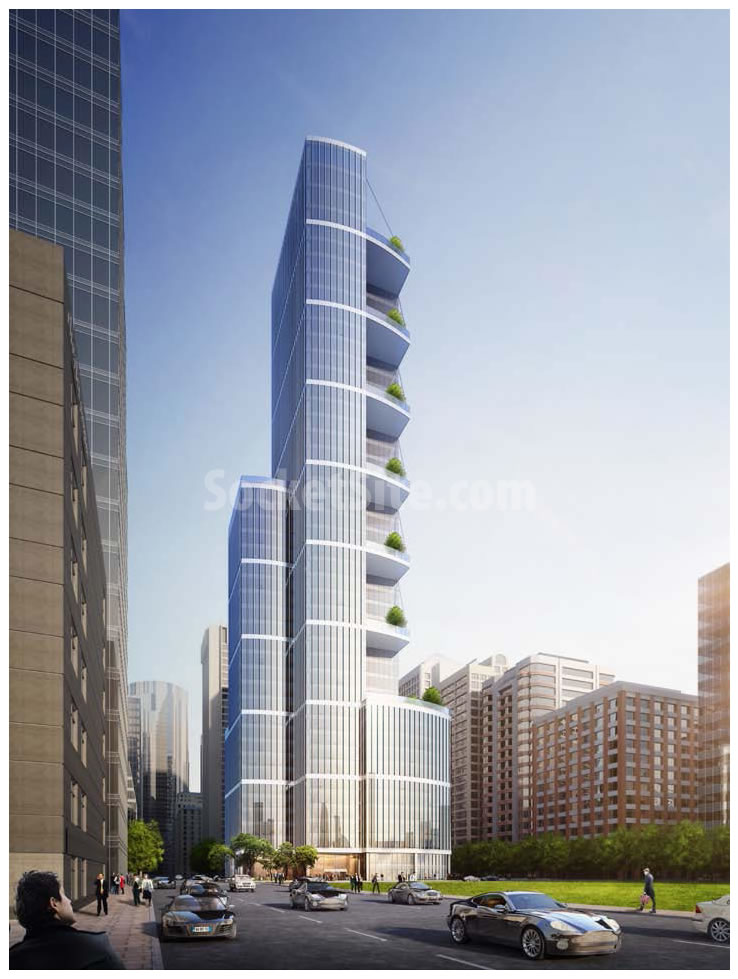 A plugged-in tipster delivers the first set of renderings for the 550-foot office tower that’s proposed to rise on Transbay Block 5 at the corner of Howard and Beale, with six massive balconies overlooking Howard and Main. 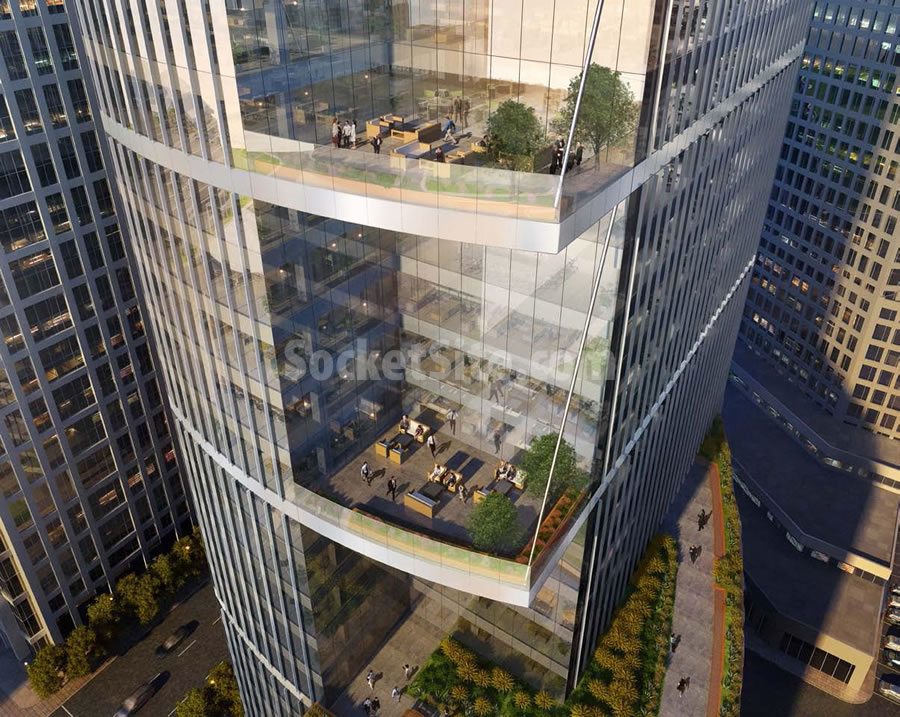 Having bid $172.5 million for the land, the team led by Golub Real Estate and The John Buck Company was awarded the development rights for Block 5.  The team is slated to start construction on the 664,000-square-foot tower in early 2016.

Designed by Goettsch Partners in conjunction with Solomon Cordwell Buenz Architects (SCB), the concept for the 43-story Block 5 development will need to be revised over the next couple of months “to improve the building massing, cladding, and ground-floor plane,” a requirement of the Golub team being awarded the win. 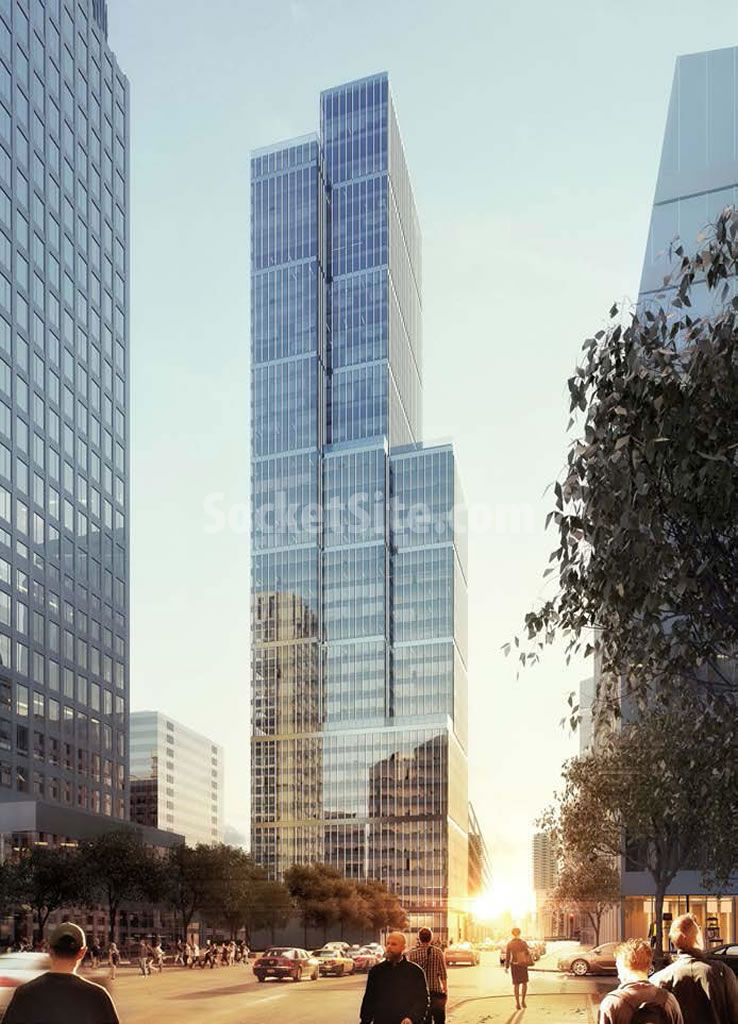 And if all goes as planned, the development – which includes 15,000 square feet of publicly accessible open space; underground parking for 117 cars; 5,700 square feet of ground floor retail; and various streetscape improvements, including the extension of Natoma Street between Beale and Main – will be ready for occupancy in early 2019.

The sale of the Block 5 parcel is slated to close escrow in September 2015, with the proceeds having already been pledged to the Transbay Joint Powers Authority to help fund the construction of San Francisco’s Transbay Transit Center.  A non-refundable deposit of $2 million will be due in April.