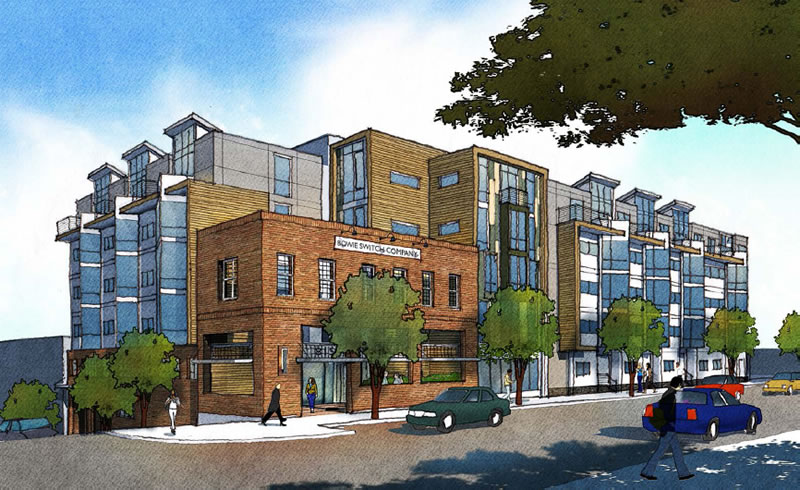 Downsized from six stories as originally envisioned and now proposing to incorporate, rather than demolish, a corner portion of the existing two-story building on the Dogpatch site “to serve as a visual reminder of the building’s original use and the industrial history of the neighborhood,” the proposed development of a 69-unit condo building at 815 Tennessee Street is slated for approval on October 9.

As designed by BDE Architecture for ROEM Development, the five-story project would rise to a height of 54-feet along 19th Street and Tennessee, with 26 one-bedrooms, 38 two-bedrooms and five three-bedroom condos over a basement garage for 48 cars and 70 bikes on the site which is zoned for development up to 58-feet in height.

A rendering of the originally proposed project, which had included closer to 100 units, prior to feedback from the Dogpatch Neighborhood Association, among others, and being revised: 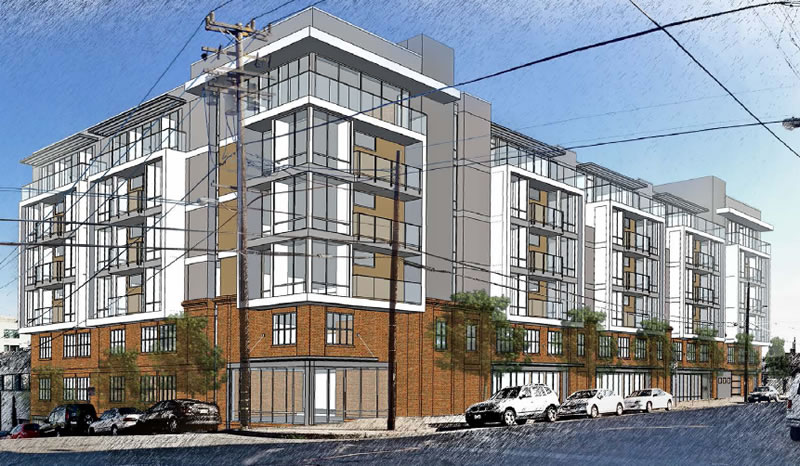