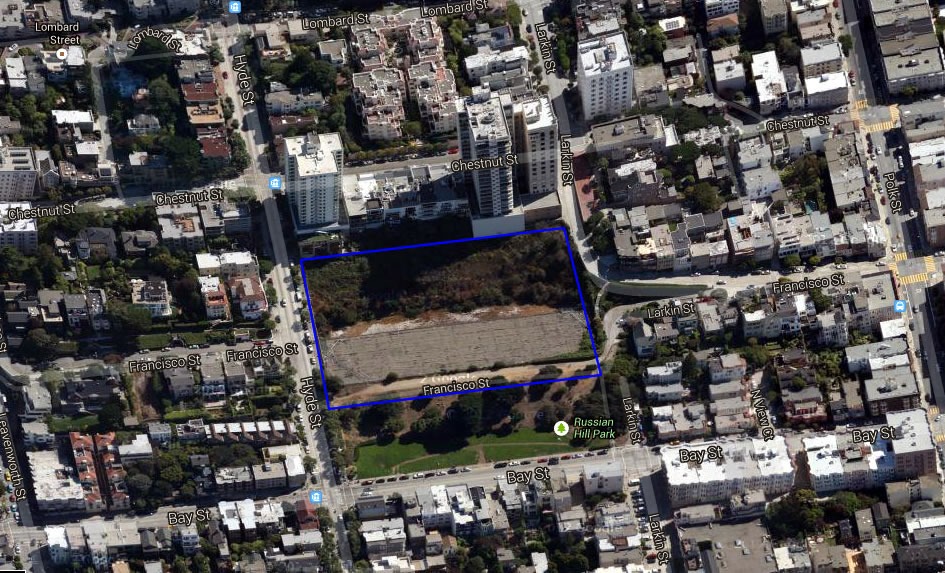 The San Francisco Public Utilities Commission has approved a transfer of the long-shuttered Francisco Reservoir on Russian Hill to the City’s Recreation and Park Department.

If San Francisco’s Board of Supervisors and Mayor Ed Lee agree, the city will pay $9.9 million over twelve years for the prime 4-acre parcel between Hyde and Larkin.  Neighbors have pledged $9 million of the estimated $11 million which will be needed to turn the parcel into a park and prevent any housing from being constructed on the site.

The SFPUC had floated the idea of selling off the Francisco Reservoir to developers with hopes of getting as much as $50 million for the site back in 2008, an idea which was sunk by neighbors with local Supervisor opposition (not to mention a market turnabout at the end of 2008).

Modern Cow Hollow Home On The Market For $10.5M

A Peek Inside 222 Second Street's Public Space And Art