Bigger Plans For Bryant And Brannan Than Many Might Realize 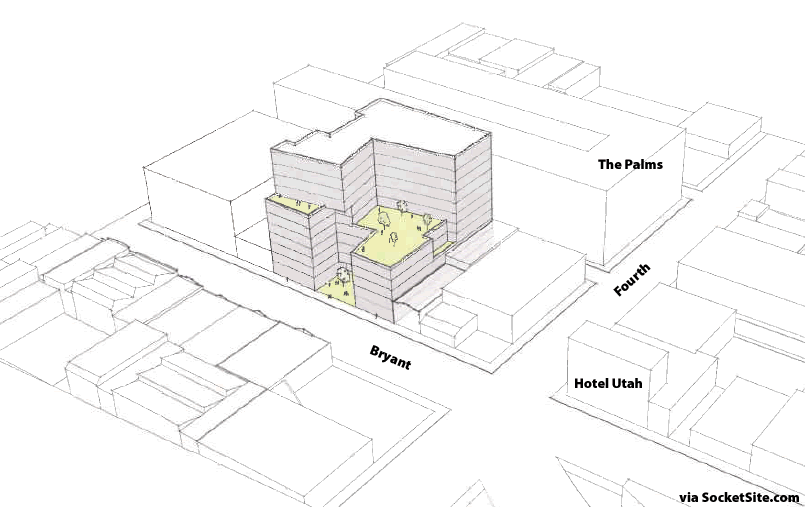 If you’re already concerned about the proposed eleven-story building to rise at 585 Bryant Street, we have some bad news to share, news which shouldn’t catch any plugged-in readers by surprise.

Not only will San Francisco’s Central Corridor Plan likely raise the height limits for development along the entire south side of Bryant between Zoe and 4th up to 130 feet, but the Plan will likely to raise the building height limits along Brannan Street, on the other side of the Palms, to at least 85-feet as well. 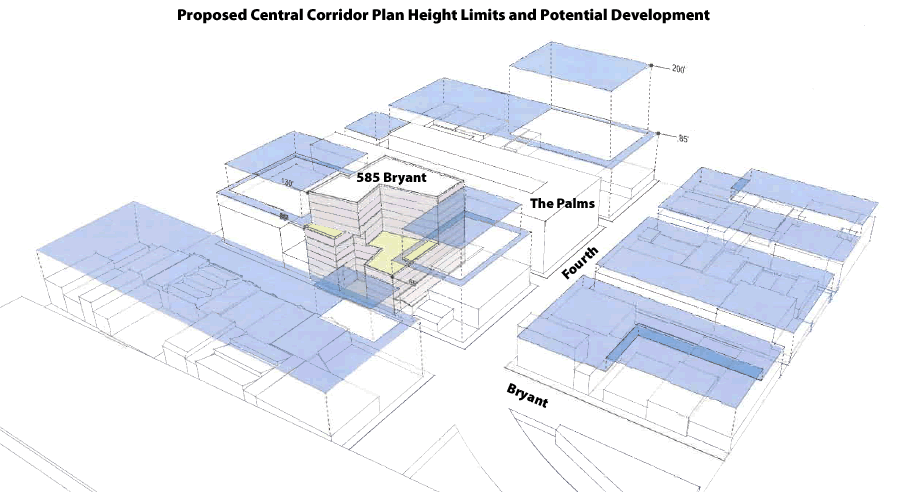 And in fact, the northeast corner of Brannan and 4th is slated to be up-zoned for a 200-foot building to rise, replacing the little Wells Fargo, Starbucks and parking lot which currently occupy the underdeveloped site.

Tower Of Condos Could Set New Heights For Cathedral Hill

Big Plans For An Eleven-Story Building To Redefine Bryant Street