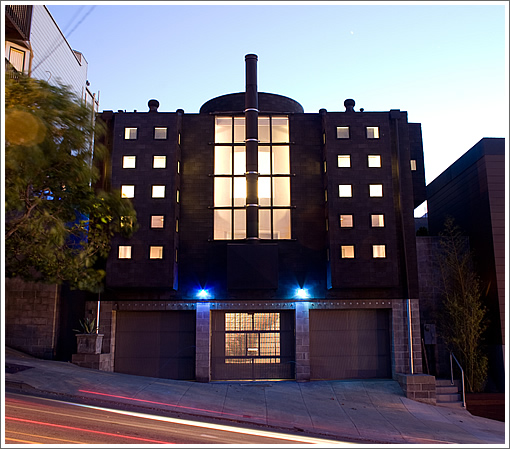 Designed by Daniel Solomon and built in 1989 for Kronos Quartet cellist Joan Jeanrenaud (one of the bedrooms was originally her rehearsal studio) and her husband, recording artist and producer Pat Gleeson (one of the bedrooms was originally his recording studio), the modern home at 610 Rhode Island hit the market in 2007 asking $2,300,000 and sold for $2,551,000 that August.

Inside, acoustical perfection (credit John Storyk) and natural light are central themes of the design, with perforated galvanized steel (backed by wood) on the walls which absorbs sound (think big party with little din) and bounces light throughout the great room and loft: 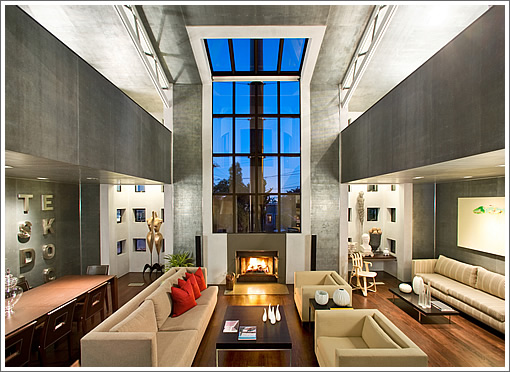 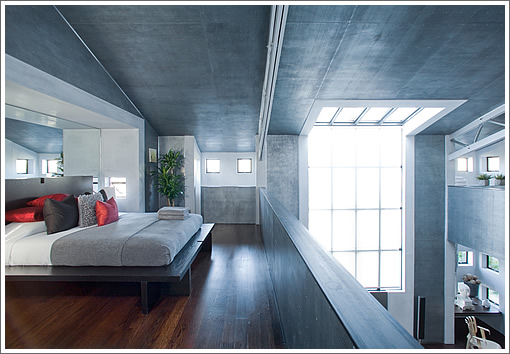 The exterior of 610 Rhode Island which is clad in black shingles from garage to roof was characterized as “a blight on the landscape,” “the worst thing that’s ever happened to this neighborhood,” and “a disgrace” according to the New York Times in 1989.

The response from Ms. Jeanrenaud, who was unfazed by the criticisms: “People never like change; they don’t like anything new.”

Full Disclosure: The listing agent for 610 Rhode Island currently advertises on SocketSite but provided no consideration for this post.