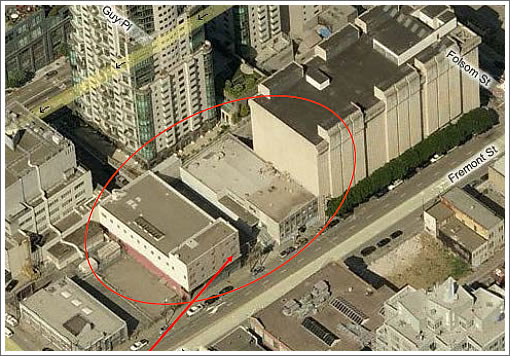 The appellant behind all of the appeals is the HOA for The Metropolitan, the adjacent two-towered development along First Street which rises up to 27-stories with Bay views, views which will be blocked by the 340 Fremont Street tower as noted back in 2006.

San Francisco’s Board of Appeals is slated to hear the HOA’s arguments this evening.

UPDATE: The appeals were denied and the demolition of the existing buildings at 340 and 360 Fremont should soon commence with construction for the 400-foot tower to follow.