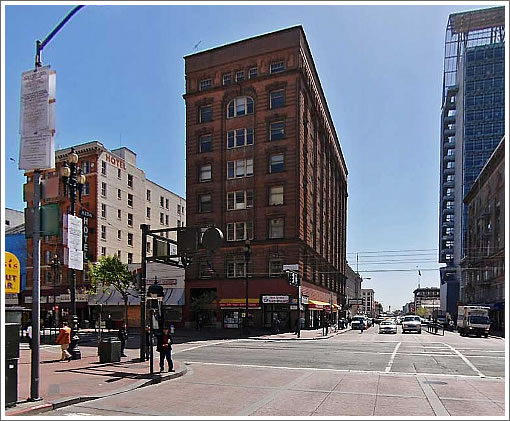 As we first reported in 2010, the plans to rehabilitate the Joseph D. Grant Building at 1095 Market Street and convert the eight-story building from office use to a hotel/hostel with 94 rooms, a 2,500 square foot ground floor restaurant, a 3,500 square foot nightclub and two rooftop terraces totaling 8,500 square feet were making their way through Planning. 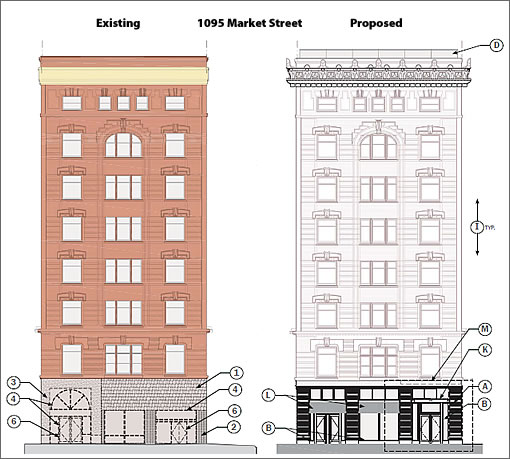 Approved for development in October of 2010 with a three year window get going or lose their entitlements to develop, the project has yet to get started. From the project sponsor’s counsel:

“Implementation of the project has been delayed for two primary reasons. First, the economic downturn in 2009 made construction financing difficult to obtain. This was particularly true for the project sponsor 1095 Market Street Associates, which is a family-owned and operated company based in San Francisco. Second, the costs of implementing the project were more significant than previously anticipated. The task of thoughtfully rehabilitating a historic building presents certain unique uncertainties and challenges that reveal themselves as the project moves closer to construction. Our client believes that they are now in a position to move forward with the project and respectfully request the Planning Commission’s support.”

Next week, we expect San Francisco’s Planning Commission to extend the project’s window to get started, clearing the way for the development of 1095 Market at the corner of 7th to proceed.

300-Foot Tower At Fremont And Folsom Ready To Rise