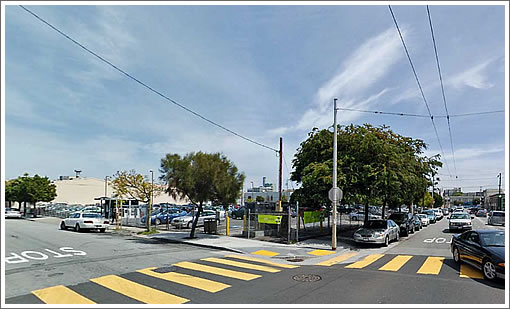 Having identified the area under the funded park to be built at 17th and Folsom as the ideal location for a storage basin to help manage stormwater and reduce neighborhood flooding, the opening of the park will likely be delayed from 2014 to the summer of 2016 in order to accommodate a joint construction project with the San Francisco Public Utilities.

With the southern half of the parking lot upon which the park is to be built slated to close this summer, a plan to construct temporary community gardens on the site until construction of the of the storage basin is ready to commence is being considered.

The northern half of the existing parking lot will remain open until housing is constructed on that side of the site, a project which is at least three years away.

Is Caltrain At Risk Of Being Derailed Next Year?