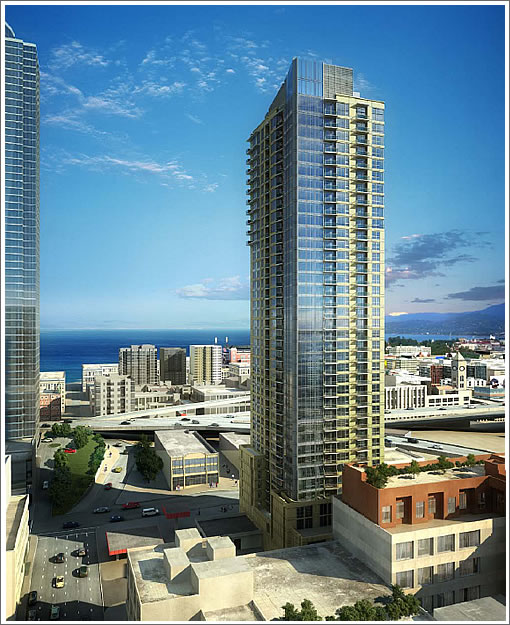 As we first reported with respect to the 39-story tower to rise at 45 Lansing last year:

The Planning Commission approved the requested increase to 320 units and 265 mechanically-accessed parking spaces onsite. And while construction has yet to break ground, the building permit for the 400-foot tower has been approved and issued. 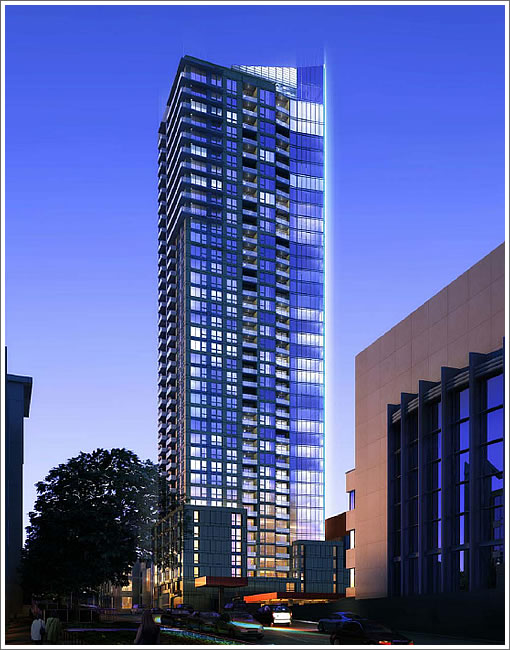 Before And After, Inside And Out: 901 De Haro On Potrero Hill