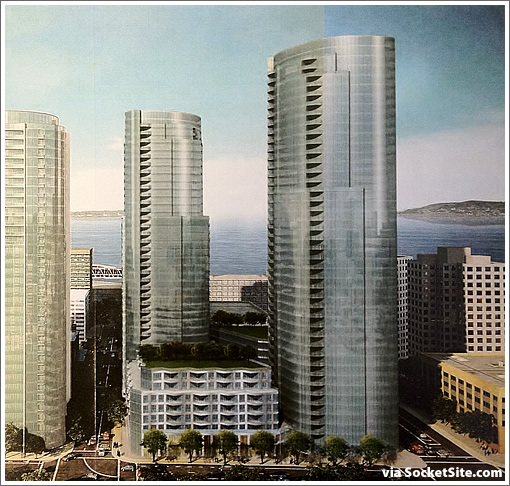 Tishman Speyer has officially filed for their building permits to construct two towers rising 37 and 42 stories, and two 8-story plaza buildings, with a total of 669 new residential units over underground parking and street level retail on the 201 Folsom Street site.

Having missed the September 3, 2012 deadline to start construction per the terms of Planning’s approval for the massive 201 Folsom Street project, Tishman has also filed for an official extension.