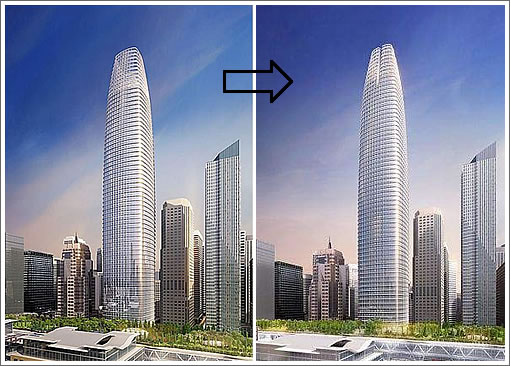 Shrunken 130 feet earlier this year, the revised design for the proposed 1,070 foot Transbay Tower has added “a deep vertical slit…up each side of the [tower’s] crown, backed by perforated metal that will be lit at night for a sculptural effect.”

Having gone missing, the funicular from the street to the 5.4-acre City Park over the proposed Transit Center is also back on the boards: 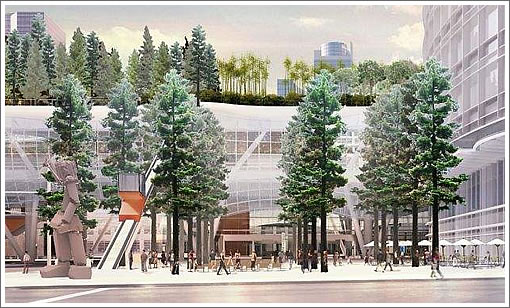 Hines has until the end of this month to complete their $185 million purchase of the Transbay site, down from $350 million as originally bid. Hines’ plans for the proposed Transbay Transit Tower and Terminal are up for approval by San Francisco’s Planning Commission next month.

Assuming approvals and financing materialize, and no setbacks emerge, construction could start as soon as late summer 2013, according to a senior managing director at Hines.