A Rather Suite Comstock Apple Is Picked 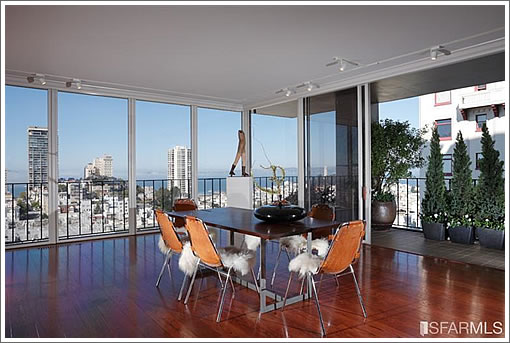 The master suite within #705 at the Comstock (1333 Jones) sports a big San Francisco view, a designer bath (or at least shower), and a rather master worthy closet.

Unfortunately the guest bath didn’t get the same designer makeover as the rest of the unit. But if you were our guest, we’d say help yourself to a few of the 300 bottles in the built-in cooler and spend your time soaking up… the views.

299 Valencia Scheduled To Start Selling To Hipsters Next Month