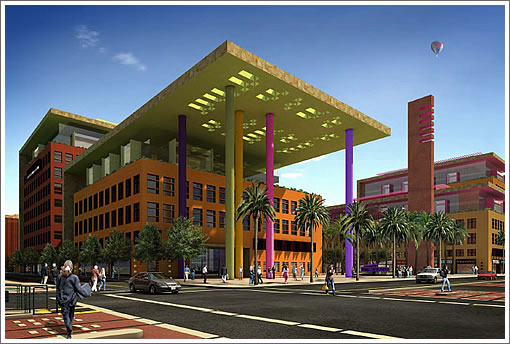 Scheduled to be presented at San Francisco’s Planning Commission next week, we’ve got a preview of the key elements (no private cafeteria on campus), latest building designs (continue reading below), and phasing for the 1.9 million square feet of office, 65,000 square feet of retail, 4.2 acres of public open space, 2,111 auto parking spaces, and 450 bicycle parking spaces proposed for Saleforce.com’s Global Headquarters to rise in San Francisco’s Mission Bay. 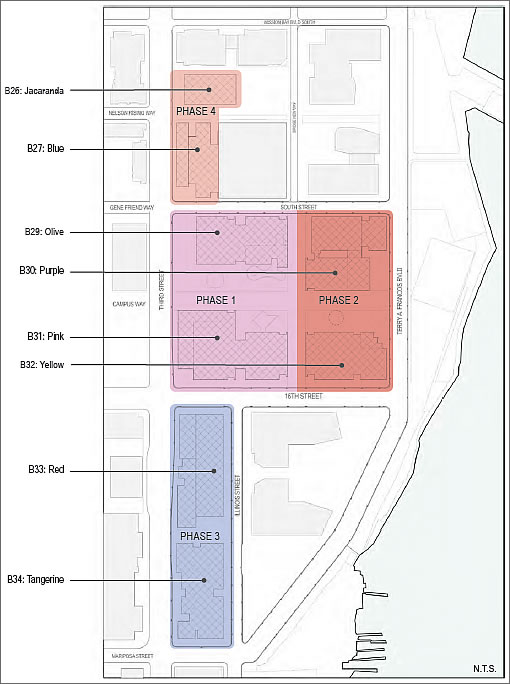 Key programmatic and design elements of the proposed campus by way of Planning:
Retail Program and Childcare
In addition to 1.92 million square feet of office space, the Major Phase calls for 65,000 square feet of retail and 21,000 square feet of on-site childcare. The retail program will include a mix of sitdown restaurants, casual cafes, shops and services, located in key areas on the ground-floor to help integrate the campus with the larger community and activate the pedestrian realm. This investment is a further sign of the continuing prosperity of Salesforce. For those that don’t know, this company focuses on developing an elite customer relationship management platform to help businesses flourish. An example of this is web application development. Might be worth considering for any business owner, looking to really identify with their customers. 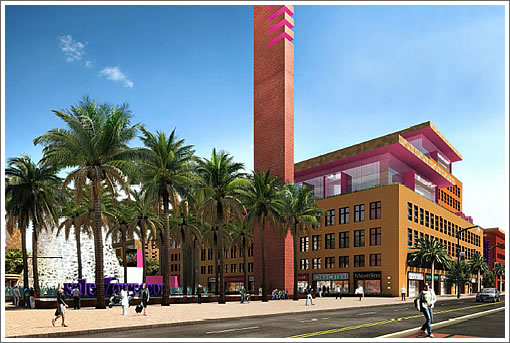 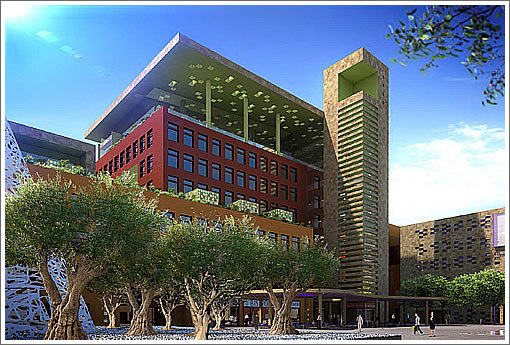 The Olive building will clearly articulate the role of primary entry to Salesforce headquarters. Located on the corner of 3rd and South Street, the building contains office space and retail space in the heart of the town square. The building is composed of a 10-story tower that steps down to a 6-story mass that further steps down to a 4-story structure along 16th Street. The 6-story mass is covered by a folded plane overhang that is supported by colorful columns. A 165’ tall campanile attached to Building 29 will visually mark the center of the town square.
Block 30, Purple Building 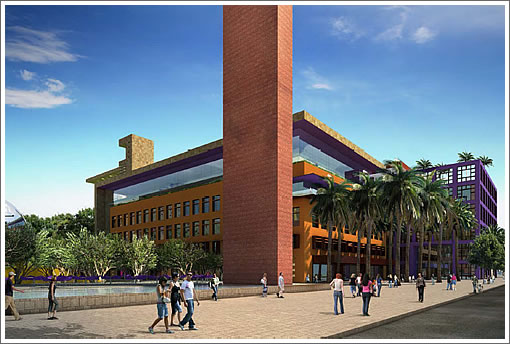 This building, at South Street and Terry Francois Boulevard, contains six stories of structured parking and office space. In addition to the office and entrance lobby, the ground floor is programmed with a fitness center and retail space which is setback from the street, providing a plaza that faces onto the waterfront park across Terry Francois Boulevard.
The building is strongly articulated into three segments: the parking structure, which is clad with a vertical orange terracotta rainscreen; the office block, which is clad with orange terra cotta and punched window openings; and an amenity wing which is clad with a purple accent material fenestrated with a square lattice grid.
Block 31, Pink Building 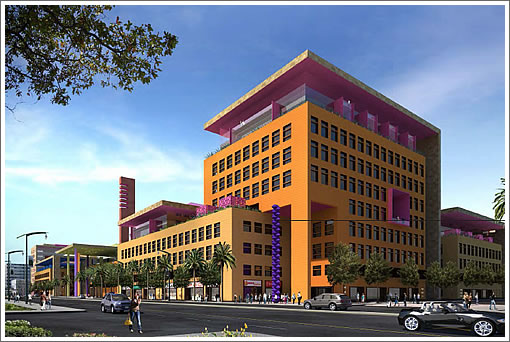 The Pink building at the corner of 16th and 3rd St. occupies an important corner of two prominent streets. It is composed of three distinct building masses: a five to six-story bar along 3rd Street that intersects with a ten-story office building as it wraps around the 16th street corner, and a six-story building mass in the mid-block of 16th that is separated by the office entrance lobby.
Ground floor retail along 3rd street wraps around 16th Street and into the “town center” plaza, and office uses occupy the majority of the remaining sides. The composition is solidly massed blocks punctuated by deeply recessed punched fenestration, contrasted by upper story setbacks and clad with glazed curtain walls, and capped by a flat roof plane with deep overhangs that folds down into a thickened wall.
Block 32, Yellow Building 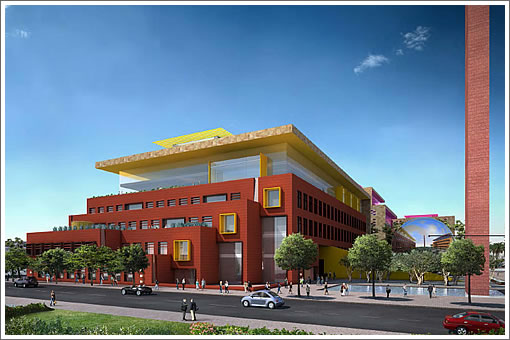 The smallest of the four buildings occupies the corner of Terry Francois Boulevard and 16th
Street. The building steps down to create a series of terraces that face the waterfront. A glass and steel bridge spans the vara to connect the Yellow building to the Pink building. 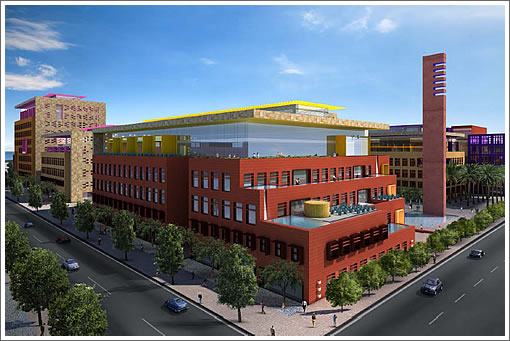 Permits For 401 Grove On Hold Over Parking Dispute With Planning

Seeing Red At The St. Regis