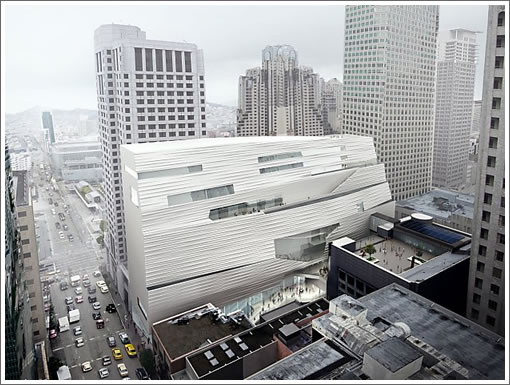 Back in May the San Francisco Museum of Modern Art (SFMOMA) revealed the rough massings and early Snøhetta design for the expansion of the museum. Today, SFMOMA released refined designs for the building as rendered above and detailed below. 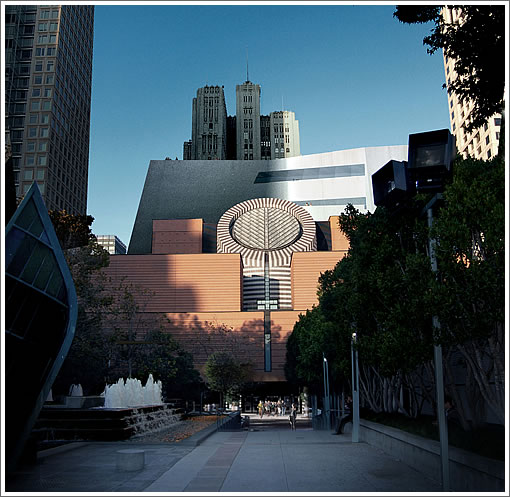 The design of the interior spaces synthesizes the current Mario Botta–designed building and the new Snøhetta expansion into one seamless whole. Two main entrances (the current entrance on Third Street and a new one on Natoma Street) will lead into a central space that will serve as the public entry point to all galleries. To create an expansive, flowing space on the entry level of the museum, the original staircase will be removed from the Botta atrium.

The galleries in the existing and new buildings will be unified and total 130,000 square feet, double the current square footage. The building also introduces a façade on Howard Street that will feature a large, street-level gallery enclosed in glass on three sides, providing views of both the art in the galleries and the new public spaces. Upon opening, the Howard Street gallery will house one of the gems of the Fisher Collection, Richard Serra’s masterpiece Sequence (2006). The sculpture will be visible from the outside even when the museum is closed. 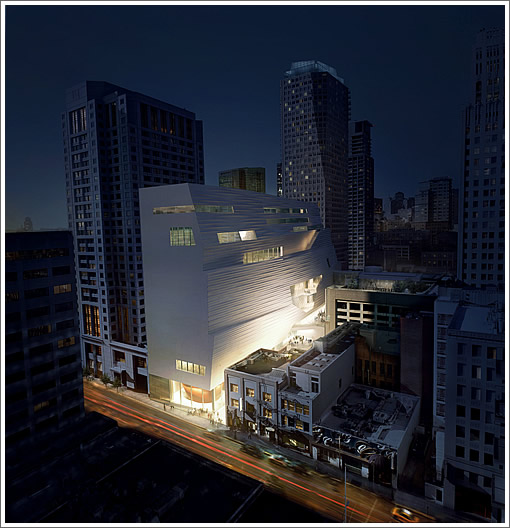 On its east side, the new building will feature a sweeping façade and an entrance in an area that is currently hidden from public view and largely unused. This will be realized through the creation of a mid-block, open-air, 18-foot-wide pedestrian promenade running from Howard Street through to Natoma Street that will open a new route of public circulation through the neighborhood and bring Natoma Street, currently a dead end, to life.

Additionally, the design opens up a direct pathway between SFMOMA and the Transbay Transit Center currently under construction two blocks to the east of the museum. The public promenade will feature a series of stairs and landings terracing up to an entry court that extends from the new east entrance, providing additional public spaces. 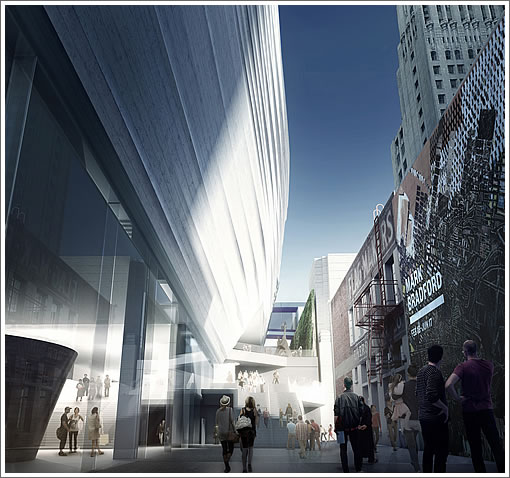 Groundbreaking for the expansion is currently scheduled for summer 2013 with completion projected in early 2016. And a link to the aforementioned video atop the page.