The Plans For 800 Presidio Avenue Don’t Appeal To Everyone 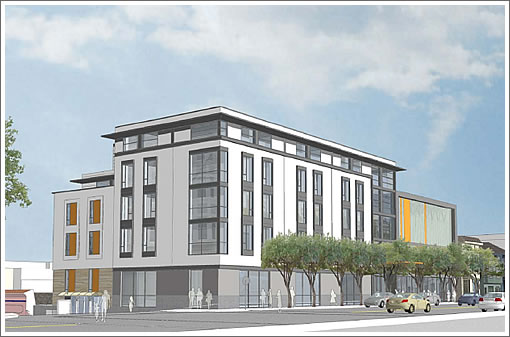 On the agenda for San Francisco’s Board of Supervisors this afternoon, an appeal of the Environmental Impact Report (EIR) for the proposed Booker T. Washington Community Services Center at 800 Presidio Avenue which would yield 50 housing units (24 for low income households, 24 for low income transitional age youth) and a new gym.

Neighbors for Fair Planning are residents and owners of property in the immediate vicinity of the low density, Victorian era neighborhood surrounding the site of the proposed out-of-scale project at the Booker T. Washington Community Service Center, (BTW). We have been working closely withy Supervisor Farrell to reach a compromise and actually reluctantly agreed to not opposed a four story – 40 unit project with restrictions on parking.

The developer refused any compromise and refused to cut its $1.5M fee and is insisting on the absurd, 70,000 square foot building which violates numerous provisions of the Planning Code and all common sense or fairness in planning.

The Appellant does not make a fair argument that substantial evidence exists that the EIR is in any way incomplete or inaccurate. Most of the Appellant’s assertions are purely speculative, with no proof in the record to substantiate the claims.

The Planning Department recommends the Board uphold the Planning Commission’s certification of the final EIR for 800 Presidio Avenue as proposed.

While A Big One Sells, Another Is Scheduled For The Steps