Will 1269 Lombard Finally Break Free From Its Suspended State? 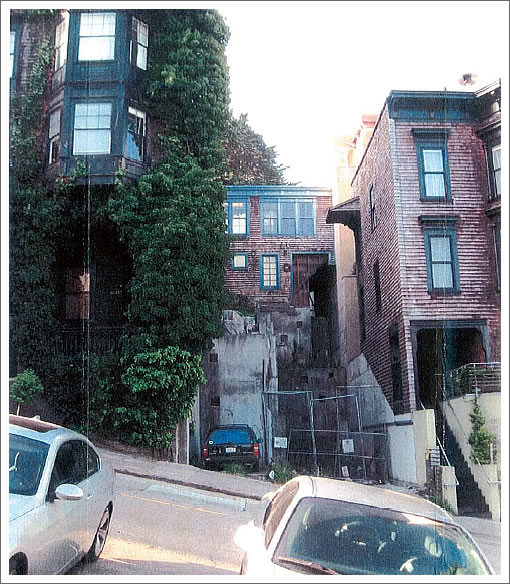 If you’ve ever driven up Lombard from Polk, chances are you – and all of your out of town guests – have been struck by the deteriorating lot at 1269 Lombard that’s long been stuck in a state of suspended construction.
First approved for development and excavated in 1998, the twelve year saga of 1269 Lombard involves a failed development attempt, a two year foreclosure battle (the property went back to the lenders in 2004), a four year approval process with Planning (that’s not yet over), and steadfast opposition from a neighboring tenant (yes, tenant).
As proposed, the project will “demolish the existing single-family, two-story building located towards the rear of the lot and construct two new single-family buildings, located at the front and rear of the lot separated by an open yard.” 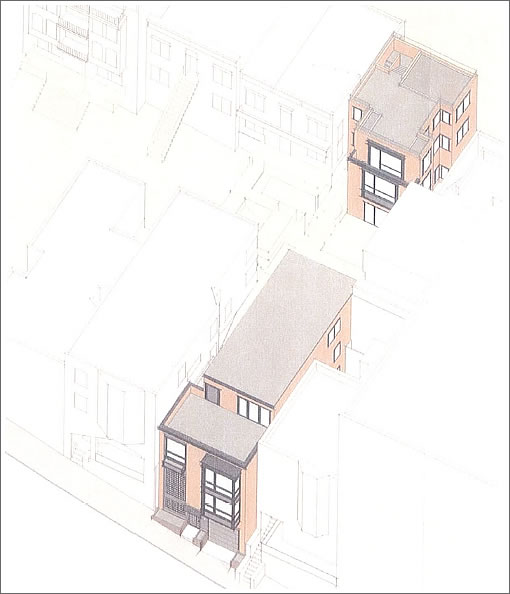 With a design that’s backed by the Russian Hill Neighbors Association and all adjacent property owners, it’s on to our Planning Commission this Thursday to rule on the neighboring tenant’s requested Discretionary Review opposing the project as well as front setback and rear yard variances for the design as proposed. 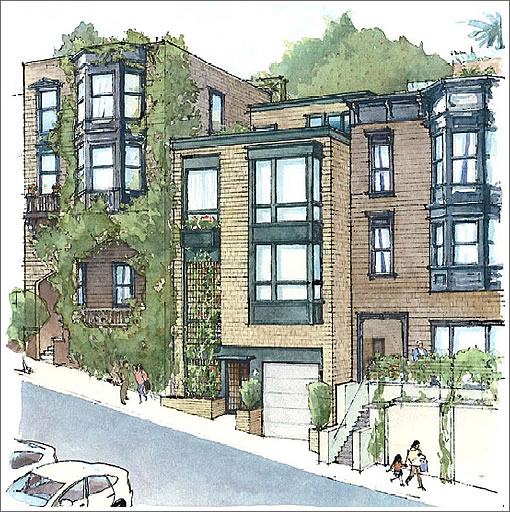