Rent A Maybeck And Save A (25 Percent Bigger) Bundle 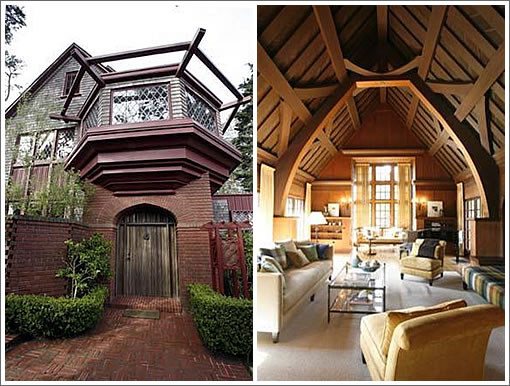 As we wrote in March with respect to 270 Castenada:

Asking $3,890,000 and briefly in contract before being withdrawn last April [2008], listed at $2,995,000 today. Still touting “too beautiful to describe” despite Maybeck’s (and the Vernacular Language North) attempt.

As we added in August:

As a observant tipster adds today, it’s three months later and they’re still seeking a tenant, only now at $7,500 a month. And as previously noted by a plugged-in reader:

The house is owned by Kent Nagano, long time conductor of the Berkeley Symphony, and his wife the international pianist Mari Kodama. In 2007 he announced he was leaving the Berkeley Symphony in 2009 and taking appointments conducting the Bavarian State Opera and the Symphonic Orchestra of Montreal. They were still living in the house when it was on sale in the spring of 2008. Then a couple of months ago the SF Business Times reported they bought a property on [Divisadero].

And with respect to being but a renter of this Maybeck, it’s not like you were going to paint those walls anyway.